These are the most obese countries in Latin America 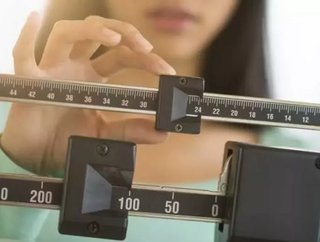 If you feel your pants are tighter than usual, you&#39;re not alone. In fact, you have plenty of company, reports our sister brand Business Review Ameri...

If you feel your pants are tighter than usual, you're not alone. In fact, you have plenty of company, reports our sister brand Business Review America Latina.

According to the Spanish daily El País, in 2013 there were 130 million obese people in Latin America. This represents a quarter of the total regional population—for every four citizens, one is obese, and most likely, the other three are not far behind.

El País also reported that the larger the economy of the nation, the higher the percentage of people who are overweight or obese. That is why Mexico, Chile and Argentina show the highest rates of obese citizens.

RELATED TOPIC: Why the Pacific Islands are the Most Obese Nations in the World

Regardless of the size of the national economy, currently countries in Latin America who suffer most from obesity are Mexico, Venezuela, Guatemala, Chile and Argentina.

The causes of obesity are specific to each country, however, there are general reasons. These causes include:

Unhealthy diets that Latin American people prefer consist of foods high in calories but low in nutrients. These foods are known as "junk food."

Other factors contributing to the popularity of "junk food" or "fast food" is that it is highly available and, last but not least, that it is also cheap. That is why obesity mostly affects economies that are particularly poor.

RELATED TOPIC: The World is Fat: How the Obesity Epidemic is Affecting the Global Economy

This is the case in Mexico. This phenomenon is known as "the paradox of hunger and obesity."

Availability and accessibility of fast foods are not the only cause. Some researchers suggest that poverty can increase stress hormones after a biological cause leads to cravings for high-calorie foods.

The price for remaining passive in the obesity epidemic in Latin America is very high. The Pan American Health Organization reports that health expenditures resulting from diabetes— a disease most closely linked to obesity—can reach up to 65,000 million.