Viagra can cause deafness 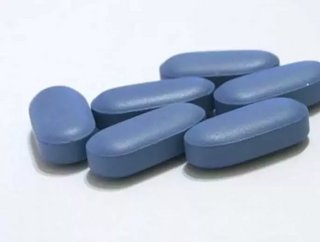 New research has found that the popular sexual stimulant Viagra could be related to cases of deafness in men. The anti-incompetence pill has been linke...

New research has found that the popular sexual stimulant Viagra could be related to cases of deafness in men.

The anti-incompetence pill has been linked to hundreds of cases of sudden hearing loss around the world and doctors are now warning that the drug can damage users’ hearing.

According to researchers, Viagra doubles the chances of its users suffering from hearing loss.

A US study found that in men aged over 40, one in three suffered from hearing loss if they were using Viagra whereas only one in six males who were not using the drug suffered hearing loss.

Recent research carried out in the UK has also uncovered similar findings after three UK hospitals asked drug watchdogs across the world if they received reports of ‘Viagra deafness’.

There were another 223 reported cases of Viagra deafness in the US although these had to be excluded from the study because of a lack of detail.

Fifty-seven was the average age of men who were affected by the deafness, although there were two cases in men as young as 37.

It is unknown how long the hearing loss lasts although this type of deafness, which is commonly caused by infection or exposure to loud noises, can cause permanent damage in up to a third of cases.

However, in a previous US study the Food and Drug Agency (FDA) found that in 29 cases of suspected hearing loss only a third were classed as temporary.

The FDA is advising that if you experience hearing loss or deafness after taking Viagra you should stop taking the pills and consult your doctor at the earliest opportunity.