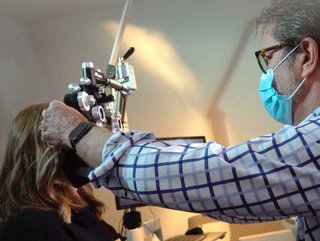 As an optometric physician, Hagen helps people see. After a virus, he experienced hearing loss that persisted until he discovered Widex MOMENT hearing aids

Hi Brett! Tell us about how you became an optometrist?

“In sixth grade, I shadowed a state patrolman in his occupation. We were riding, and he could read the licence plates in front of us, but I couldn't. I thought you must have to have Superman vision in order to be a state patrol. Some weeks later, I discovered I needed glasses. Many years later, I wanted to provide that same amazing gift of sight to others. I’m now 30 years into my career.

“My favourite moments are showing people what they didn't know they were missing, showing them what they could see when they came into our office, not knowing what they were missing. We all have an amazing tolerance for blur when we don't know any better. It just doesn't happen until people come into our offices and – whether it's their first pair of glasses, first pair of contact lenses, laser surgery or cataract surgery – all of them are just amazing moments to witness, and I feel very privileged to be a part of it.”

Why is a career in optometry fulfilling to you?

“I'm one of those lucky people who enjoys going to work in the morning. I work with a great crew, and our goal for people is that they will smile – or genuinely laugh – at least once when they're in the office. Giving patients unexpected vision creates that moment very easily. 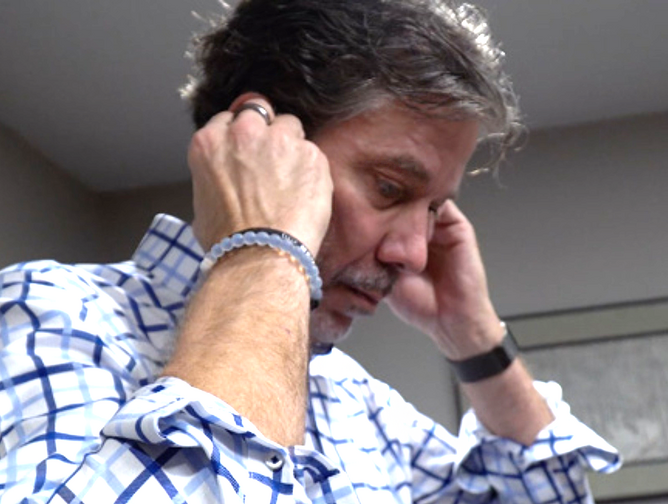 Tell us about how you lost your hearing.

“I have a special needs son at home who has Down's syndrome and cerebral palsy. In his younger days, he was often hospitalised due to a variety of different viruses. During one of those hospitalisations, we were in the hospital for ten days with him, because he is non-verbal. At the end of that stay, I contracted his virus. I was ill for a couple of weeks and experienced fogginess in my hearing.

“Some months later, I went to a friend of mine who was an ear, nose and throat physician. I told him about the fogginess of the virus in my hearing, which hadn't gone away. We checked my hearing and my low and high ranges were normal, but the middle range was devastated. I could hear young children's voices, I could hear men's voices, but women's voices were gone to me.”

How did hearing loss impact you?

“From then I struggled, but was able to follow some of the tips he provided in terms of keeping my hearing motivated to listen. But, recently, it became much more difficult to hear. I could hear the conversation when talking to my wife, but I literally couldn't discern the words. She's very gracious; I’ve spent the last couple of years asking her to repeat herself.”

Tell us about your recent journey to better hearing.

“When COVID-19 hit, my patients all wore masks and I was unable to read their lips. I finally visited an audiologist and had my hearing retested. After trying several hearing aids, I was fitted for Widex MOMENT hearing aids. They sounded natural, like a nice speaker. I heard my feet rustling against the carpet and fingernails on laptops! With my hearing, I experienced the same sensory awakening my patients do with their vision.

“Now, I use the Widex MOMENT app on my smartphone, which is programmed with a custom setting that increases performance in that middle frequency range I struggle with.”

What would you say to someone who was in your position when your hearing first changed?

“I tell people there is no risk at all in getting your eyes checked, and I would extend the same thing to hearing. Get your hearing assessed, even if it's just to reassure you. I spend my half my day as a physician fixing eye problems and half my day reassuring people, and find both experiences gratifying.

“People like to hear that everything's okay. There's nothing wrong with that. I would encourage people, if they have any questions or their families do, to go in either to prove them right or prove them wrong. Either way, you have powerful information going forward as to whether you're participating fully in the world or not. There's just no risk in an assessment.”