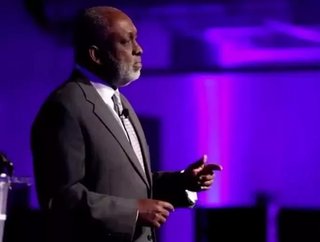 William Lynn Weaver, MD is known for his wealth of outstanding professional experience and skill throughout the medical world. Currently the Senior Asso...

While he strives to heal wounds and save lives, at the 2014 American Medical Association Annual Meeting, Weaver chose to share an inspirational story that was “not a miracle of modern medicine” but rather one that enlightened him on why he chose to become a doctor in the first place.

When Weaver was faced with treating a patient with a terminal disease, he felt he had failed in his endeavor of giving a patient back their most precious possession: their health or their life. But upon speaking with said patient during his final moments, Weaver came to find that he gave his patient something much more valuable: time.

“I realized I had failed to do what I thought was the most important thing,” Weaver said. “That was to save his life or to make him better. But what I had done was to give some peace to him and his family.”

“I would say to you,” he continued, “that 30 years later, I still am proud to say that I’m part of a profession, part of a community, that can proudly say ‘we’re doctors.’”

AMA’s Annual Meeting unites physicians to share their wisdom and insights into what has inspired them throughout their career, impactful moments with patients and their role of physician leadership in furthering health care.