Are cannabinoids the new wave for treating human diseases? 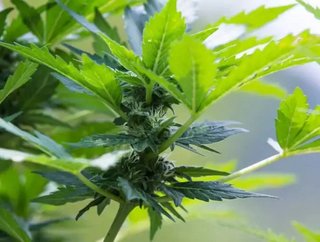 While many of the stigmas and steadfast opinions against marijuana use have begun to dissolve, the U.S. government still currently classifies marijuana...

While many of the stigmas and steadfast opinions against marijuana use have begun to dissolve, the U.S. government still currently classifies marijuana as a Schedule 1 drug, a category for substances with high potential for abuse and no accepted medical purpose. This must now be revisited in light of the recent FDA approval of Epidiolex™, a cannabis-derived drug for the treatment of seizures in a subset of patients suffering from severe epilepsy, along with growing data demonstrating the potential medical benefits of cannabinoid-based drug treatments for other serious unmet medical needs.

It is worth remembering that natural products have historically led to essential drugs, such as digitalis (Linoxen™, among others) from the foxglove plant for treating congestive heart failure and heart rhythm problems, and paclitaxel (Taxol™) from the bark of Pacific yew trees to treat cancer.

Marijuana’s classification as a “Schedule 1” substance makes it very difficult for research organisations to conduct the high-quality, well-controlled preclinical and clinical research in the US required to receive FDA approval.  This research would provide necessary clarity on the benefits of cannabinoids – the active molecules of the cannabis plant – for doctors and patients.

The Drug Enforcement Agency’s pending rescheduling of cannabidiol (CBD, the active cannabinoid in Epidioloex™) based on the FDA’s conclusion that the drug does not have a high potential for abuse and does have medical benefits in epileptic patients, is a critical step in validating the therapeutic potential of this class of compounds and enabling future research into varied uses cannabinoids in a wide array of diseases.

Recent preclinical and clinical investigations into the effectiveness of cannabinoids in treating different diseases have yielded findings that indicate that cannabinoids have significant potential in many medical conditions.

The World Health Organization has stated that CBD, for example, can be utilised as an effective treatment for illnesses including cancer. Cannabinoids have been shown to be effective in managing symptoms such as loss of appetite and pain in cancer patients and even slowing the growth of tumours. Data demonstrating the effects of cannabinoids continues to emerge, benefitting those suffering from Alzheimer’s Disease, epilepsy, rare skin diseases, eye disorders and more.

While CBD has been the focus of much of the research, there are many other under-investigated cannabinoids. Scientists have so far identified more than 100 of them, and early research shows that some of them may also have significant medical benefits.

Preliminary findings on cannabinoids indicate that more research into their capabilities to treat or manage various diseases is urgently needed.  Rescheduling of these non-psychoactive compounds by the DEA will be key to opening the doors to significantly more research in the US.

The scheduling of marijuana and all of its non-psychoactive cannabinoids is even more curious when considering the scheduling of other drugs. Cocaine and methamphetamine, for example, are currently Schedule 2 drugs, indicating that they have more medical benefits than cannabinoids.  Prominent opioids including oxycodone and fentanyl are also Schedule 2 drugs. Needless to say, these drugs come with the dangerous potential for addiction and overdose.

Opioids are at the heart of an epidemic currently gripping the US and can be much more detrimental to a patient than cannabinoid-based drugs in development, especially those that do not contain the psychoactive ingredient of cannabis, tetrahydrocannabinol (THC).

As public opinion on opioid treatments has soured, many have begun to look towards cannabis as an alternative for pain management. Interestingly, while there is still a lack of concrete research on its efficacy, in states where marijuana has been legalised, the number of opioid prescriptions have decreased, indicating that access to legal cannabis is enough to convince some people to move away from seeking opioids for pain management.

Currently, the US drives 90% of global cannabis sales but that number is expected to drop significantly to 57% by 2021 as other nations accelerate their efforts. The rescheduling of Marijuana (or, more accurately, cannabinoids) will be one of the elements that impacts this number as pharmaceutical and biotech companies continue to conduct research outside of the US to develop life-saving drugs. Rescheduling cannabinoids would have a positive impact on the US economy and medical community, as it would allow more companies and universities to more easily conduct research and clinical trials within the country. Presently, most clinical trials for cannabinoids are conducted in Australia, Europe, Canada and Israel.