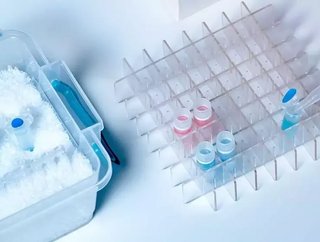 As reported by Bloomberg, last month the Cambridge, UK-headquartered AstraZeneca approached Gilead in May, without providing terms.

Both companies have been making strides in the response to COVID-19. In Gilead’s case, the company’s antiviral drug Remdesivir has been approved for use in the treatment of COVID-19 patients in many places, after having been shown to be effective at treating the illness.

A press release issued by the company said that its Phase 3 SIMPLE trial “demonstrated that patients in the 5-day remdesivir treatment group were 65 percent more likely to have clinical improvement at Day 11 compared with those in the standard of care group.”

AstraZeneca, meanwhile, recently announced the capacity to produce two billion of the COVID-19 vaccines it is developing with Oxford University researchers.

Having signed a $750mn agreement with CEPI and Gavi, healthcare companies backed by Bill and Melinda Gates, to manufacture, procure and distribute 300 million vaccine doses beginning at the end of the year, AstraZeneca further announced a licensing agreement with the Serum Institute of India (SII) to supply one billion doses of the vaccine to low and middle-income countries.

Pascal Soriot, Chief Executive Officer, AstraZeneca, said in a press release: “We are working tirelessly to honour our commitment to ensure broad and equitable access to Oxford’s vaccine across the globe and at no profit. Today marks an important step in helping us supply hundreds of millions of people around the world, including to those in countries with the lowest means. I am deeply grateful for everyone’s commitment to this cause and for their work in bringing this together in such a short time.”

Those partnerships build on existing ones in the UK and the US to supply 400 million Oxford University’s recombinant adenovirus vaccine, with AstraZeneca saying it was building supply chains globally to facilitate global access.