The future of pharma: personalised healthcare 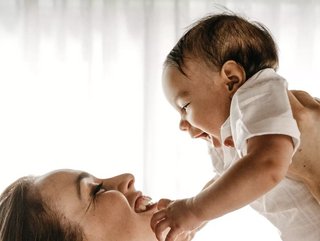 Ever since the very first healthcare systems were created, the earliest documented being in ancient Egypt, medical professionals have had a reactionary approach   to finding cures for ailments. That is to say that a solution is sought after someone has become sick, using whatever methods were thought to work at the time. Thousands of years later, with advances in genomics and molecular modelling, emphasis is starting to shift towards preventative, personalised healthcare rather than "sick care".

This move is led by data analytics as well as genetic sequencing to inform decision-making, which can ultimately lead to more individualised care. "Identifying the right data will support personalised health outcomes", explains Chris Easton, who is Takeda’s Senior Director and Global Commercial Lead, specialising in personalised health and innovation and applying this to rare blood disorders. "It's about how we can empower patients, interpret data and then apply it."

"The historic pharma model, in a very simplified form, is: a patient has symptoms, gets diagnosed, and gets given drugs for symptoms", Easton says. "Now, with holistic patient care in mind, it's much more about the additional components to care that would make a difference. Yes, drug therapy is one of them, but likewise, it's okay to talk about mental health, as the impact of chronic diseases means often there is a mental health challenge. So what can we do to build a mental health and physical health support package, both of which have data associated with them, that we can use together?"

By way of example, Easton cites the approach taken by elite athletes and astronauts. "Their model is to keep as healthy as possible. If someone on a space mission gets a cold, they're off the mission - it's not affordable to send someone to space that might have a health issue. If you look at footballers and runners, their coaches maintain them at the highest level, and they're using technology and wearables to help monitor their health so that they can make adjustments to stay at peak level for as long as possible."

The aim is to provide a complete, holistic package of care, which Easton acknowledges will pose some challenges to the pharmaceutical sector. "Our model is not necessarily that of a total care package. It's drug therapy or device and technology support therapy. So some things will need to evolve, and that's part of what my role is about."

One way of effecting this change is by collaborating with other organisations, not necessarily limited to healthcare and life sciences. "I'm a big advocate of partnerships and joint ventures. For the pharma sector, these are traditionally through universities and research houses, but I think we need to be willing to look outside the box and look for scalable and transferable technology that is used in everyday life."

"An example is the smartphone you probably have sitting on your desk or the smartwatch you're wearing.  These are gathering data all the time. There are probably hundreds of data points that we could use, just from our everyday technology", Easton adds.

While apps like Apple Health, Google Health, and devices like Fitbit collect data, they could be linked to WhatsApp, WeChat or Telegraph to connect to members of a user's care team if a health issue arises. "It's using technology that is already embedded in our lives, that would enable us to share information and photographs. For example, if your knee is swelling and you want to ask a doctor for their opinion, you can send an image, then share the log from your treatment, and it becomes a way of integrating and sharing information."

Shifting towards preventative medicine is one of Takeda's strategic goals for the next few years. An example of how this could work is how people affected by Von Willebrand disease could be supported. This lifelong bleeding disorder prevents blood from clotting and particularly affects girls and women, causing menstrual bleeding to be excessively long and heavy, which has a big impact on their quality of life.

"It's a hereditary disorder, so many women in a family can be affected, but it's hard to diagnose", Easton explains. However, using existing technology that tracks the menstrual cycle via a smartphone perhaps an alert can be issued to let the user know when it's time to start taking replacement therapy for Von Willebrand.

"This means that by the time a period begins, Von Willebrand levels are normalised, and menstrual flow goes down to normal levels. That's actually a massive outcome for someone who has been living with two-week-long periods that bleed through clothing every month. Suddenly for just four or five days, they can use regular tampons and pads. That's a huge improvement to life."

The field of rare blood disorders typically hasn't seen the same amount of attention focused on it - at least in terms of tech innovation - as other chronic illnesses like diabetes. "Rare blood disorders are difficult to show returns on because you've got small patient numbers and often high costs. But if we think about the total patient journey, we could use technology to triage vast numbers of patients and data into more specific diagnosis boxes, so that what is then presented to physicians are smaller groups, of the more likely issues."

Data analysis could, for instance, show that the combination of headaches, nausea and lethargy equates to a specific type of bleeding disorder.  "You can start to put these things in categories", Easton says. "And then you're able to do differential diagnosis. But ultimately, what you're trying to do is get a faster, more accurate diagnosis, leading to a specific therapy."

This would be more efficient than administering plasma-based treatments, for example. "A lot of bleeding disorders are caused by a deficiency of something", Easton explains. "There is a lot of combination therapy in blood disorders when you give people plasma-based products because plasma is like the golden chalice of medicine. It has a bit of everything you need. In some cases, when you don't know what the disorder is, this can help patients, but it's not the most precise way of doing it."

"That's one of the ways having very clear diagnostic support linked to advanced direct therapy can help, only treating what you need to. From a payer's perspective, it's very targeted, and there's no wasting money and resources on patients being hospitalised for things that are not necessary."

"If you go back 15-20 years, market access to the pharmaceutical industry was the emerging trend", Easton adds. "We saw all these diagrams of physician decision-making coming down and payer decision-making going up. Now we have another divergence of change, which is the application of technology to support personalised care.  This is one of the transformative pieces of pharma right now, and there are a lot of good companies, big and small, being very intelligent about how they're approaching it and investing in those spaces. There's definitely a community building."