How Much is Ebola Costing West Africa? 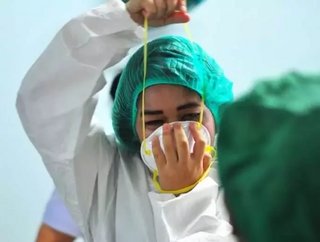 The World Bank recently published estimates that reveal how much the economic fallout from the Ebola crisis could cost West Africa. The World Bank predi...

The World Bank recently published estimates that reveal how much the economic fallout from the Ebola crisis could cost West Africa. The World Bank predicted that these numbers could be as high as the billions and has stunted the economic growth of Guinea, Sierra Leone and Liberia.

Our sister brand African Business Review reported that new cases of Ebola are finally reaching close to zero and health care measures are improving across the region.

It was originally estimated that the economic downturn faced by West Africa could have climbed as high as $25 billion, but more recent estimates have indicated a much lower range, with the highest estmate being a loss of roughly $6.2 billion.

The price of iron ore has been affected by the Ebola crisis, and in the past year alone it has plunged by 60 percent. This has hit the mining sectors in the three countries but especially in Sierra Leone where the economy has declined by 23 percent.

RELATED TOPIC: This Ebola Outbreak Might Not Go Away For A Very Long Time

President of the World Bank Jim Yong Kim added, “We cannot afford to be complacent. Until we have zero new Ebola cases, the risk of continued severe economic impact to the three countries and beyond remains unacceptably high.”

The total amount raised by the World Bank has reached $1.6 billion, with the global community raising $100 million of its $150 million debt relief goal.

The World Bank Group expects sub-Saharan Africa to grow at 4.6 percent in 2015, down from a percent forecast in June 2014, with key contributors to this downgrade including Ebola and also the global oil price slump.

Perhaps the key message to be learned from the Ebola crisis is that the African continent is still subject to the peaks and troughs of the more developed world, and when an Ebola-level crisis hits, there must be swift and decisive international action.