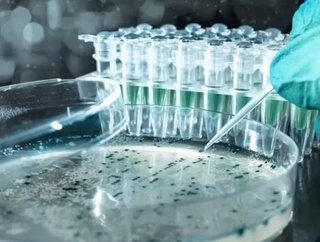 Major names such as Johnson &amp; Johnson and German and Spanish researchers have all been developing vaccines to treat Ebola with no success. Thomas G...

Major names such as Johnson & Johnson and German and Spanish researchers have all been developing vaccines to treat Ebola with no success.

Thomas Geisbert, a virologist from the University of Texas Medical Branch, reported in the journal Nature that he may have created a vaccine alongside colleagues that shows a lot of promise.

Geisbert describes a vaccine made from a virus that commonly infects cows––called vesicular stomatitis virus (VSV)––that’s had some of its genetic material replaced with genes for surface proteins from the Ebola virus.

None of the eight monkeys inoculated with the shot showed any signs of severe Ebola infection after being exposed to the virus 28 days later, while both of the control animals died of the disease seven and eight days after infection.

To address any possible safety concerns associated with this vaccine, the team developed two next generation candidate vaccines that contain further weakened forms of the vaccine.
Both of these vaccines produced an approximately ten-fold lower level of virus in the blood compared to the first generation vaccine.

"It was not known whether any of these vaccines could provide protection against the new outbreak West African Makona strain of Ebola Zaire currently circulating in Guinea," said John Eldridge, Chief Scientific Officer-Vaccines at Profectus Biosciences, Inc, which developed the vaccine with UTMB researchers.
"Our findings show that our candidate vaccines provided complete, single dose protection from a lethal amount of the Makona strain of Ebola virus," added Eldridge.

According to Time, human clinical trials may begin as soon as this summer.