Is Ebola flaring up again in West Africa? 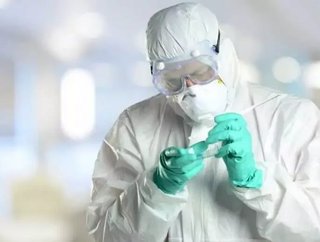 The international medical organization Medecins Sans Frontieres has declared that the Ebola epidemic could flare up again in West Africa, and unfortunat...

The international medical organization Medecins Sans Frontieres has declared that the Ebola epidemic could flare up again in West Africa, and unfortunately, health authorities are no better equipped to control another outbreak than they were a year ago.

RELATED TOPIC: This Ebola outbreak might not go away for a very long time

"The reality today is if Ebola were to hit on scale it did in August and September, we would hardly do much better than we did the last time around," Joanne Liu, head of MSF or Doctors Without Borders, said during a meeting on Ebola in Dakar on Saturday, June 13, Reuters reported.

The meeting on the epidemic also mentioned that the virus is spreading slower than at the peak last year and Liberia has apparently defeated the outbreak, but cases have risen sharply in the past two weeks in Guinea and Sierra Leone.

RELATED TOPIC: How much is Ebola costing West Africa?

Liu also shared that she and her group of doctors were very much disappointed by the World Health Assembly and by the Group of Seven industrial nations, G7, in terms of their recommendations and also with WHO, which declared health emergency eight months after the first Ebola case.

Jerome Mouton, MSF country head for Guinea, agreed that another major flare-up of the Ebola disease was possible.

"We are in the same situation where we are overly optimistic, saying that it is almost finished and there's no problem but in fact it's a big problem as there is potential for this to again set off a big epidemic," he said, according to Reuters.

RELATED TOPIC: How your hospital can prepare for the Ebola virus disease

Sierra Leone reported the highest daily Ebola case count in nearly three months earlier this week and in Guinea the outbreak has spread into districts previously free of the disease.