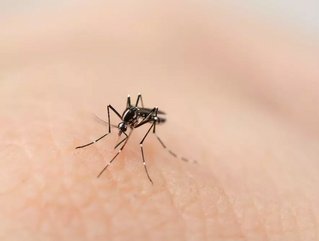 It's the world's first saliva-based rapid diagnostic test for the disease...

A new startup company is aiming to eliminate malaria with a rapid, early detection test that can identify the virus in saliva.

The SALVA! test works like blood-based malaria tests, with a test strip inside a plastic cassette, a little like a pregnancy test. The patient spits into a tube and the results are available within 5-20 minutes, without having to send the sample off to a lab.

It’s an easy test to administer as there’s no need for needles, therefore it doesn’t require trained clinicians and eliminates the fear children and adults may have of injections.

It can also detect the disease before symptoms appear which is crucial to treatment, as it can sometimes take up to two weeks for someone to show signs of the infection.

The test is the brainchild of Dr Benji Pretorius and Dr Richard Schmidt, two practicing doctors in South Africa who co-founded ERADA Technology Alliance in 2018, to put the test into production. They developed the SALVA! kit in collaboration with the Dinglasan Malaria Laboratory and John Hopkins University.

So far sample trials have been carried out on 364 children in Cameroon and Zambia. From these trials the doctors were able to produce a prototype that can detect the parasite responsible for causing malaria.

The test can also detect the proteins the parasite needs to survive. This would help the test remain effective long term as it will detect potential mutations of the virus. Further trials are currently on hold because of Covid-19.

There are around 228 million cases of malaria around the world, according to the most recent figures from the WHO. An estimated 405,000 people died from the disease in 2018, and the health body has warned that almost half the world's population is at risk of contracting malaria. This warning is especially prescient now that most efforts are concentrated on controlling the Covid-19 pandemic.

Dr Pretorius recently wrote a blog post urging that work to combat malaria doesn’t stop because of the pandemic. “2020 was heralded as the year the global community stepped up its fight to eradicate malaria once and for all” he wrote. “Slowing death rates and mortality, coupled with advancements in detection and research, painted an encouraging picture. Now Covid-19 threatens to derail the significant progress we have made.

“Malaria still takes the lives of 400 000 people each year. Halting prevention programmes in order to concentrate efforts on Covid-19 will see that number almost double in the worst-case scenario, with sub-Saharan Africa being the hardest hit.

“It is imperative that the framework for malaria protection is in place and that it aligns with the latest Covid-19 guidance. This is not about choosing one disease to prevent over the other – it is about ensuring communities are prepared for both.”

Dr. Pretorius has specialised in treating malaria for most of his medical career. Recognising the harm it causes to education prospects as well as health, along with his own near-death experience from the disease, are what led him to co-founding ERADA.