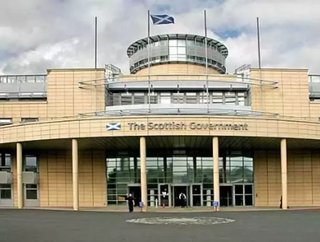 Scottish Government has launched &pound;21 million fund to improve to help improve the access to treating people with rare medical conditions. The Heal...

Scottish Government has launched £21 million fund to improve to help improve the access to treating people with rare medical conditions.

The Health Secretary Alex Neil announced the launch of the fund at the same time as the Scottish Medicines Consortium decided not to recommend cystic fibrosis drug Kalydeco for the use in NHS.

The drug, also known as ivacaftor, was made available on the NHS in England at the beginning of the year. The new fund will only cover the cost of medicines whose routine use has been rejected by the SMC.

Mr. Neil also said, “It is only right that Scottish patient with rare conditions have access to the innovative medicines which are clinically justified and that they are not disadvantaged on account of very high costs of these treatments. He also said, “I am therefore pleased to confirm today that the Scottish Government will set up a fund which will ensure that the cost of successful new individual patient treatment requests for orphan medicines are met.”

A separate review is examining if the IPTR arrangements can be improved with the new fund established after interim advice from Professor Charles Swainson- a former medical director at NHS Lothian who is now an independent consultant.

The £21 million is available from March through to April next year and will help in covering the cost of successful requests under the IPTR system. Mr. Neil also said “This fund bridges the period to the establishment of next year’s value-based pricing for medicines and any changes that are made following the completion of the ongoing access to new medicines review.

The cost of ivacaftor in NHS Scotland would be around £180,000 per year for each patient for life.

Ed Owen, chief executive of the Cystic Fibrosis Trust, welcomed the Scottish Government's decision to make "additional funding available to enable Kalydeco to be made available to those that need it". He said: "We now appeal to Vertex, the manufacturers of Kalydeco, and the NHS in Scotland to work together to reach a fair and affordable solution as soon as possible.