Big Pharma: Taking a Drug from Theory to Research and Development 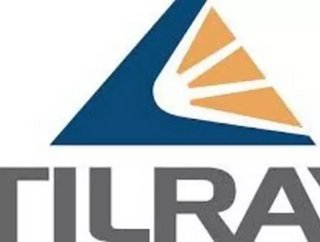 Did you know that it can take up to 15 years to develop one new medicine from the earliest stages of discovery to the time it is available for treating...

Did you know that it can take up to 15 years to develop one new medicine from the earliest stages of discovery to the time it is available for treating patients? And out of the multiple new medicines being created only 10 percent reach the clinical trials phase, with only one of five ever being approved for human use?

It’s a lengthy and challenging process, but a deeper understanding of the R&D (research and development) process can explain why so many compounds don’t make it.

Success requires immense resources, sophisticated technology and complex project management. It also takes persistence and, sometimes, even luck. Ultimately, though, the process of drug discovery brings more than just a new pill to the pharmacy shelves – it brings hope and relief to millions of patients around the world.

Before any potential new medicine can be discovered, scientists work to understand the disease to be treated, as well as the underlying cause of the condition.

Numerous studies are conducted to understand how genes are altered, how that affects the proteins they encode, and how those proteins then interact with each other in living cells. They way said affected cells change the specific tissue they are in are then analyzed, finally giving scientists an understanding of how the disease affects the entire patient.

Researchers from government, academia and industry all contribute to these studies.

Once enough information is gathered, scientists select a “target” for a potential new medicine. A target could be a single gene or protein that is involved in a particular disease. After choosing a potential target, scientists must then show that it is actually involved in the disease and can be acted upon by a drug.

Magnetic resonance imaging, X-ray crystallography along with powerful computer modeling capabilities, chemists can visualize the target in three dimensions and design potential drugs to more powerfully bind to the parts of the target where they can be most effective.

On average, it costs $800 million to $1 billion to research and develop a successful drug, according to PhRMA, so target validation is crucial to help scientists avoid research paths that look promising but lead to dead ends.

Once scientists fully understand a disease and are ready to begin looking for a responsive drug, they search for a molecule or “lead compound” that may act on their chosen target. If successful over years of testing and numerous odds, the lead compound can become a new medicine.

New techniques have revolutionized the ability of researchers to optimize potential drug molecules.

There are four key ways scientists can follow to find a lead compound:

Nature: This was once the primary method for finding a lead compound, until recently. Bacteria found in soil and moldy plants both led to important new treatments, for example. Nature still offers many useful substances but there are now other ways to approach drug discovery.

De novo: Thanks to advances in chemistry, scientists can also create molecules from scratch. Using sophisticated computer modeling, scientists can predict what type of molecule will work.

High-throughput screening: As the most common way that leads are usually found, advances in robotics and computational power allow researchers to test hundreds of thousands of compounds against the target to identify any that might be promising.

Once lead compounds are determined, they go through a series of tests to provide an early assessment of the safety of said lead compound. Scientists test absorption, distribution, metabolism, excretion and toxicological (ADME/Tox) properties of each lead.

These studies are performed in living cells, in animals and via computational models. Successful drugs must be absorbed into the bloodstream, distributed to the proper site of action in the body, metabolized efficiently and effectively, successfully excreted from the body and demonstrated to be non-toxic.

Lead compounds that make it successfully out of this round are then optimized to make them even more effective and safer. Hundreds of different variations of the initial leads are made and tested with biologists and chemists working together closely to test the effects of variations.

Once optimized compounds have been narrowed down to a handful, researchers turn their attention to testing them extensively to determine if they should move on to testing in humans.

In vitro and in vivo tests are conducted, where in vitro tests are experiments conducted in the lab and in vivo studies are those performed in living cell cultures and animal models.

During this stage, researchers also must determine how to make large enough quantities of the drug available for clinical trials. The drug will need to be scaled up, as drugs on a small scale do not translate easily to larger production, and may later on need to be scaled up once more if it is approved for use in the general patient population.

The Phases of Clinical Trials

Before any clinical trial can begin, researchers must file an Investigational New Drug (IND) application with the FDA. The application includes the results of the pre-clinical work, the candidate drug’s chemical structure and how it is thought to work in the body along with a listing of any side effects and manufacturing information. The IND also provides a detailed clinical trial plan that outlines how, where and by whom the studies will be performed.

In addition to the IND application, all clinical trials must be reviewed and approved by the Institutional Review Board (IRB) at the institutions where the trials will take place.

Phase 1: In Phase 1 trials the candidate drug is tested in people for the first time. These studies are usually conducted with about 20 to 100 healthy volunteers. The main goal is to discover if the drug is safe in humans.

Phase 2: In Phase 2, researchers evaluate the candidate drug’s effectiveness in about 100 to 500 patients with the disease or condition under study, and examine the possible short-term side effects and risks associated with the drug. Researchers also analyze optimal dose strength and schedules for using the drug.

Phase 3: Once entering Phase 3, researchers study the drug candidate in a much larger number of patients, typically 1,000 to 5,000. This phase is key in determining whether the drug is safe and effective and provides the basis for labeling instructions to help ensure proper use of the drug.

As the costliest and longest phase, hundreds of sites around the world participate in the study to get a large and diverse group of patients. During this phase, researchers are also conducting other studies to determine full-scale production and preparation of the complex application required for FDA approval.

Once all three phases of the clinical trials are complete, the sponsoring company analyzes all of the data. If the findings demonstrate that the experimental medicine is both safe and effective, the company files a New Drug Application (NDA) with the FDA requesting approval to market the drug.

Following rigorous review, the FDA can do one of three things: 1) approve the medicine, 2) send the company and “approvable” letter requesting more information on studies before approval can be given, or 3) deny approval.

Once a new drug is approved, research continues. As a much larger number of patients begin to use the drug, companies must continue to monitor it carefully and submit periodic reports.