The Dark Side of Big Pharma: How Marketing to Doctors Really Works 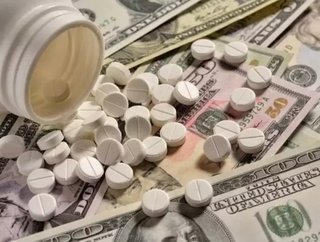 John Oliver is known far and wide for speaking the truth on otherwise &ldquo;swept under the rug&rdquo; topics with a sense of humor and satire. Away fo...

John Oliver is known far and wide for speaking the truth on otherwise “swept under the rug” topics with a sense of humor and satire. Away for a three-month hiatus, Oliver returned to Last Week Tonight Sunday night, Feb. 8, with a 17-minute segment that took a harsh swing at Big Pharma.

“Drug companies are a bit like high school boyfriends,” Oliver said. “They’re much more concerned with getting inside you than being effective once they’re in there.”

Americans spent close to $330 billion on prescription drugs last year, which Oliver points out means that Breaking Bad’s Walter White could have made more money if he was cooking up rheumatoid-arthritis drugs instead of meth.

According to Oliver, the culprit behind America’s problem with prescription drugs is not doctors per se, but pharma companies pushing their products with clever advertising tactics.

If you’ve ever seen an ad or commercial for pharmaceuticals (which, let’s face it, we all have – more than once) you’ll notice that all drug ads end in the same phrase: “Ask your doctor.”

According to one analysis quoted by Oliver, in 2013, nine out of the top 10 drug makers spent more on marketing than they did on research.

Following this claim, Oliver went on to describe some of the tactics used by pharmaceutical reps – the foot soldiers who peddle drugs to doctors. Perks to doctors include actual free lunches, large speaking fees and much, much more.

The result? According to Oliver, massive settlements from Big Pharma companies for overstepping laws.

Watch the full clip below.