The hidden benefits to brushing your teeth 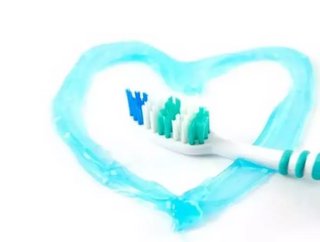 For most people, brushing their teeth is a fairly mundane, everyday task. Important to keep teeth sparkly white, gums healthy and breath minty-fresh, i...

For most people, brushing their teeth is a fairly mundane, everyday task. Important to keep teeth sparkly white, gums healthy and breath minty-fresh, it is commonly thought these are the sole benefits to brushing twice a day. While the main motivation for teeth cleaning is to prevent gum disease, it must be admitted that for most people across the world the reason is entirely aesthetic.

However, new findings are showing that brushing your teeth comes with a whole host of extra benefits than those noted above. Various studies and research projects are starting to suggest that cleaning your teeth can help to ward off diabetes, prevent heart disease and cure erectile dysfunctions. These proposals all stem from gum disease, as experts believe it is this that is linked to the other conditions. They say that once someone has developed gum disease, bacteria can enter the bloodstream and spread through the body, causing various inflammation problems.

Two of the problems that gum disease can lead to is erectile dysfunction and delayed conception. An Indian study involving 70 men earlier this year found that gum disease can inhibit the production of the nitric oxide chemical, which increases blood flow to the penis. Meanwhile, Australian researchers have discovered that it could take a woman two months longer to fall pregnant if she has gum disease than those ladies whose gums are healthy. There has also been evidence to suggest that gum disease can increase the risk of premature births and miscarriages, all of which is due to an inflammation of the womb lining.

For those living with gum disease, it can also reportedly enhance the symptoms of type 2 diabetes. It is thought inflammation in the mouth can create chemicals which make insulin less effective, as well as increasing the risk of long-term complications.

The risk of heart disease also increases with gum disease; in 2010 a Scottish study found the mouth infliction doubled people’s chances of developing the coronary illness. This risk was increased even if people brushed their teeth, but did so less than twice a day. A Cardiology professor has claimed that should a patient need surgery for heart disease, any incidences of gum disease are treated first to minimise the risks of infection of the heart valves.

Other side effects of gum disease include dementia and arthritis. University of Colombia researchers suggested patients with gum disease experience more problems of memory loss and additionally, German researchers found people suffering from joint inflammation and rheumatoid arthritis are eight times more at risk of gum disease than those with healthy joints.

While the main reason for brushing teeth twice a day remains as keeping teeth white, mouths healthy and ultimately to prevent gum disease, dentists can use these extra health benefits as encouragement for their patients.

Whoopi Goldberg on The View, talking about the health risks of gum disease: