A Look at the Health Care System in the Solomon Islands 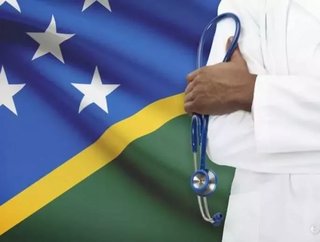 There are just two fully trained doctors for every 10,000 people in Solomon Islands, a country which is comprised of more than 900 islands, separated by...

Currently, the Solomon Islands lack an adequate supply of properly trained healthcare workers, specifically doctors and nurses. The area is prone to horrific natural disasters such as cyclones, earthquakes and heavy rains and floods, which often drive droves of people to hospitals. However, there are only 12 hospitals over all 900 islands, and only 340 health care clinics to serve the rural population. Recent infectious disease outbreaks—like dengue in 2013, measles in 2014 and emerging chikungkunya in 2015—on top of malaria and tuberculosis epidemics have the health system in this region of the world in shambles.

To train new doctors takes an incredible amount of money for a poor nation ($50,000 to educate one doctor at the Fiji National University School of Medicine or at Papua New Guinea’s Medical School) and doesn’t generate enough staff quickly enough. On top of that, the U.S. Department of Interior-funded health systems in American Samoa has poached these doctors and nurses from Solomon Islands before, leaving fewer people to help in their home country. But this is where Cuba steps in.

Cuba’s Health Assistance Program, which was established by many Pacific Island companies in 2007, immediately began helping with the deployment of eight Cuban medical doctors to the country, as well as by establishing a medical education program, with young adults studying medicine in Cuba.

Now, 22 students are close to having the postgraduate medical training to return back to Solomon Islands and institute change in the health care system. And with three additional waves of new doctors soon to follow, there will soon be a support system to encourage widespread health revolution.

For success, the Ministry of Health and other participation programs will need to work closely with these new and enthusiastic healthcare professionals to ensure the people of the island are getting the care they need.

Information sourced from One HealthCare Worldwide.