Study finds ice cream is as addictive as cocaine 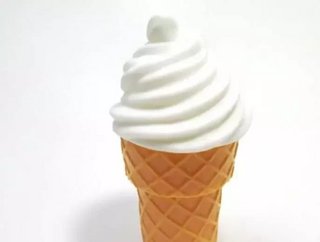 Up until now it has widely been believed that ice cream is just &lsquo;moreish, but a study has revealed the sweet stuff is in fact as addictive as coc...

Up until now it has widely been believed that ice cream is just ‘moreish’, but a study has revealed the sweet stuff is in fact as addictive as cocaine.

Research found ice cream affects the brain in the same way as illegal drugs do and leaves it craving for more.

The findings of the study, which was carried out by a team from Oregon Research Institute, support the common belief that people can become addicted to junk food.

They have now been published in the American Journal of Clinical Nutrition.

To carry out the research, the team gave chocolate milkshakes made with Häagen Dazs ice cream to 151 teenagers, aged 14-15.

It was discovered the way the participant’s brain responded to the foods changed with the more ice cream they consumed.

Dr Kyle Burger, who led the research, believes the more people eat foods that are high in sugar and fat, the less pleasure they get from them, hence their brain prompting them to eat more.

Speaking to The Telegraph newspaper, he said: “This down-regulation pattern is seen with frequent drug use, where the more an individual uses the drug, the less reward they receive from using it.

“This tolerance is thought to increase use, or eating, because the individual trying to achieve the previous level of satisfaction.

“Repeated, overconsumption of high-fat or high-sugar foods may alter how the brain responds to those foods in a way that perpetuates further intake.”

He added: "The data supports the theory that over-eating such foods may result in changes in how the brain responds to those foods in a similar fashion seen in drug addiction."