Vitamin D as good as drugs in reducing blood pressure 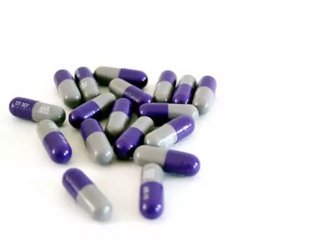 Researchers are claiming that vitamin D supplements are just as effective at lowering blood pressure as some types of prescription medication. In a stu...

Researchers are claiming that vitamin D supplements are just as effective at lowering blood pressure as some types of prescription medication.

In a study of 112 patients with hypertension, the team – from Denmark – found taking a once-a-day vitamin D tablet significantly improved their condition.

This supports the theory that high blood pressure is linked to vitamin D deficiency, but up until now little research has been done to confirm it.

The results of the study will now be presented to delegates at the European Society of Hypertension (ESH) which is being held in London over the next three days.

According to the researchers, who were led by Dr Thomas Larsen, taking vitamin D supplements for five months during the winter gave the best results.

Out of the 112 patients the team worked with at Denmark’s Holstebro Hospital, 92 of them had low levels of vitamin D in their bodies at the start of the investigation.

Some of the patients were given a 75mg vitamin D supplement to take over a period of 20 weeks, while others were given a placebo pill.

Commenting on the results, Larsen said: “Probably the majority of Europeans have vitamin D deficiency, and many of these will also have high blood pressure.

“What our results suggest is that hypertensive patients can benefit from vitamin D supplementation if they have vitamin D insufficiency.

"Vitamin D would not be a cure for hypertension in these patients, but it may help, especially in the winter months,” he said.

“However, it is important to stress, that this was a small study, and that larger studies are needed to provide solid evidence.”

Meanwhile, vice-president of the ESH, Anna Dominiczak, added: “The effect of vitamin D supplements was as powerful as tablets in trials.

“These results show a significant reduction in Central Systolic Blood Pressure in patients taking the vitamin D supplement for 20 weeks, when compared to the placebo group.

“This is an initial study, so it needs to be confirmed, but it is potentially interesting as part of an overall strategy for managing hypertension in patients with low levels of vitamin D.”