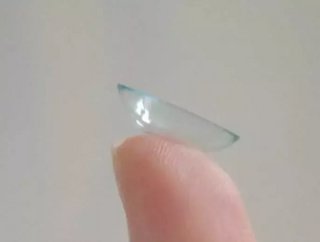 Scientists are in the process of developing bionic contact lenses with wireless connectivity that could display emails, text messages and social media...

Scientists are in the process of developing bionic contact lenses with wireless connectivity that could display emails, text messages and social media updates directly to the wearer’s eyes.

The lenses are being developed by researchers at the University of Washington, who are confident they will soon be reality after initial trials found them to be safe for use on live eyes.

They are now hoping to develop the prototypes further by enhancing the power source and battery life and adding multiple pixels to the lenses.

Currently the contact lenses – which have been described as ‘Terminator-style’ – only feature one pixel, but if hundreds are added they would have the ability to display computerised images.

Additionally, at the moment they are only able to function if they are in extremely close proximity to the battery.

As well as being able to view emails, messages and updates, wearers could also use the lenses to display navigational information when driving and use them in gaming scenarios.

If they were linked to the body, the contact lenses could also prove to be a useful medicinal aid by displaying information such as the wearer’s blood sugar levels.

Fresnel lenses have been used to create the innovative devices, which are thinner than normal contact lenses.

Normally, for the human eye to focus on something it has to be several centimetres away, meaning images on a contact lens would appear blurry to the wearers.

However, thanks to the Fresnel lenses the scientists have been able to project image directly on to the retina.

The results of the initial trial of the contact lenses have been published in the Journal of Micromechanics and Microengineering.