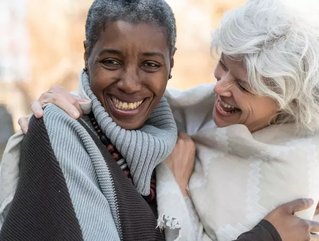 The callout for medtech innovation and new approaches will help to address inequalities in healthcare access experienced by LGBT+ people...

England's Academic Health Science Networks (AHSN) and the LGBT Foundation have issued a callout for innovations to help address health inequalities facing lesbian, gay, bisexual and trans (LGBT) people, many of which have been exacerbated by Covid-19.

From MedTech and digital apps to changes in practice and new pathways, the call is open to innovations and innovative approaches that are both already in use or in development.

This follows last year's publication of the LGBT Foundation's Hidden Figures report, which revealed the depth and breadth of inequalities that LGBT+ people still face today.

"There’s a perception that LGBT+ health inequalities are limited to HIV and sexual health, but this isn’t the case. The inequalities are wide and varied" explains Richard Stubbs, Chair of the AHSN Network’s Equality and Diversity Group and Chief Executive of Yorkshire and Humber AHSN.

"As has been the case for many marginalised groups, the Covid-19 pandemic has both exposed these inequalities and worsened them. This can be seen in the findings of the LGBT Foundation’s follow-up report to Hidden Figures in May 2020, which looked at the impact of Covid on LGBT+ communities. This included areas such as mental health, isolation, substance misuse, eating disorders, living in unsafe environments, financial impact, homelessness, access to healthcare, and access to support."

The report found that lesbian women face unconscious bias and assumptions with fertility services, there is a lack of health services available to young trans people, and there is a higher probability of complex long-term conditions among LGBT+ people.

"When you intersect this with ethnicity, gender, age, and alternative sexualities and gender, the issues become more stark and severe" Stubbs says. "Our review also touches on older members of the LGBT+ generation – ageing well and care homes – a community whose needs are arguably often forgotten."

"As to the causes behind these issues, many come down to lack of awareness, training and education, and attitudinal and structural discrimination, as well as simply not enough specialist services being available. The problem of heterosexism (the assumption that everyone is heterosexual) for example is raised several times in the review. Insufficient understanding and clinical knowledge around providing health services for trans and non-binary people were also cited in a number of research studies."

It is hoped that innovation can play a practical role in helping to address these issues. "We want to build on existing work by finding innovations and new ways of delivering services that have the potential to make a real difference in the lives of LGBT+ people across the country. And importantly to share this learning with service providers around the country so they might adopt and adapt improved ways of doing things.

"It’s hard to say what innovations we might uncover as a result of the call and we want to cast the net as far and wide as possible as we simply don’t know what we don’t know. So they might include medical technologies and devices, digital health (such as apps and platforms), new or improved services, processes, pathways and models of care, and training and education programmes. Or perhaps something else we haven’t considered" Stubbs says.

Tackling health inequalities is a key priority for all 15 AHSNs in England, first established by the National Health Service (NHS) in England in 2013 to spread innovation. "Addressing health inequalities cuts across our programmes of work and is one of the main elements we look at when supporting new pathways and transformational changes for the NHS" Stubbs says.

One aspect is ensuring patient data is inclusive. "We need to ensure a more inclusive patient demographic is represented in any datasets being used by health technologies, such as machine learning models and algorithms" Stubbs says. "For example, historically neglecting capturing differences on drug metabolism between men and women may lead to a one-size-fits-all approach to drug discovery.

"Unfortunately unintended bias and consequences do lead to inequality in the development of health innovation and technology. This is why we think it’s so important to be exploring and leading in this area of work, and why all AHSNs have committed to our national diversity pledges."