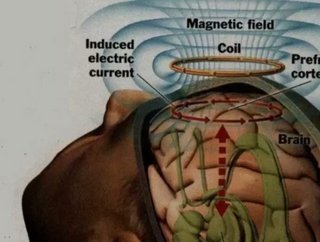 By Matthew Staff The controversial procedure of inducing an electronically produced seizure in depression sufferers has now been shown to have empirica...

The controversial procedure of inducing an electronically produced seizure in depression sufferers has now been shown to have empirical validity, according to scientists at the University of Aberdeen.

For years, ECT has been surrounded by severe criticism and controversy due to the level of distress it has to put on a patient’s body to possibly achieve results. Because of this, and the lack of hardcore evidence to prove a strict link to depression, the therapy has been widely discredited amongst experts.

However, clinicians in Scotland can now show that ECT treatment can turn down connectivity between the areas of the brain that are thought to control the mood aspects of a person’s personality.

By doing this, it is hoped that the individual’s symptoms would subside relatively quickly as a consequence of the hyper connectivity being reduced.

This hyper connectivity refers to the link between the emotional nerve centre and the mood changing parts of the brain, and contrary to previously common misconception, up to 85 percent of sufferers have been seen to recover completely from their symptoms.

The treatment is still likely to have its critics, however, until there is more evidence to suggest that depression sufferers won’t relapse further down the line.

This has been a constant downfall to the current popular treatments such as psychotherapy and antidepressants. Both have enjoyed success in reducing the symptoms, if not curing the patient altogether. But as yet, neither has been able to ensure that the illness won’t return, and like most medicinal drugs, antidepressants are also met with trepidation by the general public.

Aberdeen’s finest are now confident though, that they may have made a genuine breakthrough in the overall treatment of the disease.

“As far as we know no-one has extended that 'connectivity' idea about depression into an arena where you can show a treatment clearly treating depression, changing brain connectivity,” said Ian Reed, professor of psychiatry at the University of Aberdeen.

"For the first time we can point to something that ECT does in the brain that makes sense in the context of what we think is wrong in people who are depressed,” he continued.