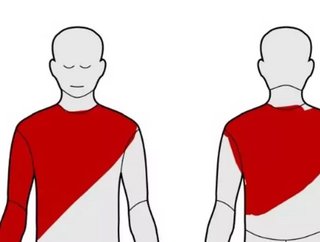 A former soldier has developed a medical burns app hoping it will enable doctors in army medical facilities and hospitals around the world to give a mo...

A former soldier has developed a medical burns app hoping it will enable doctors in army medical facilities and hospitals around the world to give a more accurate initial treatment to burns victims.

Chris Seaton, who served in Afghanistan as a Captain in the Royal Army Medical Corps, came up with the ‘Mersey Burns’ app which is available through Apple’s App Store and is compatible with iPhones and iPads.

The app features an image of a body and asks doctors to highlight the areas which have been affected by burns.

Mersey Burns then prompts the user to input the victim’s age and estimated weight and it instantly calculates the right amount of fluids that they should be given.

Seaton’s creation came while he was studying for a phD in Computer Service at Manchester University in the UK and he built on his firsthand experience of treating burns victims while on tour with the Army.

After conducting thorough research into the most effective treatment of burns with UK plastic surgeons and academics, Seaton found administering the right volume of fluids to the victim was critical to their recovery as they could go into shock if they receive too little.

Currently, the required amount of fluid is usually calculated with a traditional pen and paper method which comes with a risk of mathematical errors and could lead to incorrect or inaccurate treatments.

In trials of the app, which were carried out by Seaton’s research partners – Dr Rowan Pritchard Jones and Professor Paul McArthur from the St Helens and Knowsley NHS Trust and the University of Liverpool – it was discovered the app reduced incidences of treatment errors by a third.

The research carried out by the trio has already received recognition and was awarded with a prize of £5,000 at the NHS North West Health Innovation and Education Cluster Excellence in Innovation Awards 2011 earlier this month.

Commenting on the app, Dr Pritchard Jones said: “Mersey Burns makes the prescription of fluids to burns patients more accurate and less time consuming and it uses the touchscreen phone technology that most physicians already carry around in their pockets.”

“Even simple ideas can make a big difference and all it takes is a doctor getting together with a computer scientist to make it a reality."