iPads test for early signs of dementia and Alzheimer's 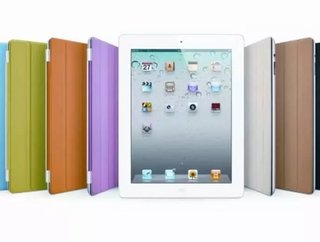 A new trail launched in Britain this week is hoping to diagnose and identify cases of dementia and Alzheimers earlier in patients. An unnamed Primary C...

A new trail launched in Britain this week is hoping to diagnose and identify cases of dementia and Alzheimer’s earlier in patients.

An unnamed Primary Care Trust will be testing the success of a 10 minute iPad based memory test ahead of its proposed general launch in 2012.

The Cantab PAL (Paired Associates Learning) test has been developed by the company Cambridge Cognition, who are hopeful it will eventually form part of a national hospital screening programme.

The visual memory test focuses on the recognition of patterns and places and asks users to remember the position symbols appear on the iPad’s screen, all the while becoming harder.

According to the developers, it is able to recognise the earliest signs of Alzheimer’s and mild cognitive impairment (MCI), a pre-cursor to dementia.

Research has noted the test has an accuracy level of 95 percent and experts believe it is more advanced that the most commonly used dementia test, Mini-Mental State Examination (MMSE), which only examines a part of the brain that deteriorates in later stages of Alzheimer’s.

GPs from high street surgeries will be able to conduct the test using an iPad or similar mobile touch screen device without them having to refer patients to specialist clinics.

Dr Andrew Blackwell, the Chief Scientific Officer of Cambridge Cognition, said: “We are getting feedback so that we can shape PAL to best meet the needs of the health service.”

Meanwhile, the Dr Anne Corbett from the Alzheimer’s Society commened: “A shocking 60 percent of people with dementia never receive a diagnosis.

“This means hundreds of thousands of people do not have access to vital help, support and treatments that could help them live a good quality life and plan for the future.

She added: “Finding ways of improving the early identification of the condition is therefore essential and this tool could help change this appalling picture.”