Genetics key to the future of diagnostics 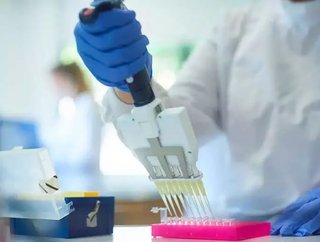 Genomics, the study of a person’s genes and their interactions with other genes and the person’s environment, is a relatively new approach to unders...

Genomics, the study of a person’s genes and their interactions with other genes and the person’s environment, is a relatively new approach to understanding complex diseases, from heart disease to cancer, and its application in biomedical research is expected to accelerate over the next century, according to Elsevier.

From 2016-2024, oncology gene editing will witness robust 15.9% CAGR, according to Global Market Insights.

Cancer will remain one of the leading causes of death globally. As such, oncology gene editing should exceed US$874mn by 2024 owing to growing prevalence of various types of cancers.

Many cancers now are not diagnosed or staged simply on traditional pathology morphology – genetics are used to differentiate them.

“You can identify those that will relapse and now there are drugs specifically targeted people with different specific types of genes.”

But it’s not just cancer treatment that genomics, genetic medicine and gene editing will play a part in over the coming years.

According to the American Autoimmune Related Diseases Association (AARDA), in 2017, approximately 50mn Americans are suffering from autoimmune disease.

The high prevalence of autoimmune diseases demands for new treatment approach, which may include biomarkers, stem cell research, and genetic research.

Biological agents such as TNF agents, monoclonal antibodies, tissue and organ engineering procedure, gene-based delivery system, modulators of the immune system, and cell-based treatments are under evaluation for the treatment of autoimmune diseases in near future.

Genetic testing can occur right from the very start of the human lifecycle.

“Even before conception we’re doing genetic testing on parents or presumptive parents before they have children,” continued Slater.

“There’s a huge challenge though coming, we’re nowhere near where we need to be when it comes to the future of genetic testing.”

Those looking to genetics for treating their complex diseases will certainly be hoping that Elsevier’s prediction is correct.