Nest has been revealed as the buyer of startup Senosis Health 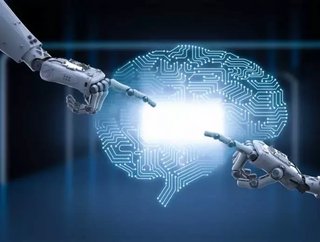 In a bid to enter into the digital healthcare market, automation business Nest quietly acquired startup Senosis Health in 2017, which utilises sensors t...

In a bid to enter into the digital healthcare market, automation business Nest quietly acquired startup Senosis Health in 2017, which utilises sensors to transform everyday digital tools, such as a smartphone, into a digital health commodity.

The company has still not revealed this news to the word, which has recently been obtained through GeekWire via a public records request. Google has also remained silent on the acquisition, leading tech enthusiasts to question the reasons behind the deal.

Through the request, it has been found that Nest formally requested that staff were not to use the company’s name in relation to the deal, or for any external party to publicise this in any way.

"It turns out Nest is much more secretive than the rest of Google or Alphabet," Senosis co-founder Shwetak Patel stated in email to Director of Innovation Development at University of Washington, Fiona Wills.

"They seem to be particularly sensitive in this situation since they don't want people to know they are getting into a whole new line of business, digital health, until they are ready to publicly announce," he added.

Since the deal, Senosis has merged with Google’s hardware unit and its Google Home division, which is responsible for the development of smart gadgets, such as smart speakers. The company’s products range from app to check a user’s haemoglobin count through a smartphone camera.

Named HemaApp, the SpiroSmart technology also utilises the microphone app to measure lung capacity and overall function when looking to diagnose conditions such as asthma. A third is checking for newborn jaundice.

However, recent reports by CNBC have found that Nest are looking at ways to target the growing ageing population, noting that this market is set to grow further in the next 20 years. The use of motion sensors could become an essential way of supporting those remain in their homes, as well as automatic lighting if users have a fall in the night time.

Tech giants, such as Amazon, Apple, Fitbit and Google, with its division Verily, are all also looking at this lucrative market by developing new consumer technologies.