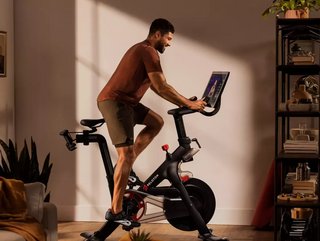 ​​​​​​​Software security experts McAfee discovered exercise bikes by Peloton are vulnerable to cyber attacks, which the company have since resolved

Peloton, the popular exercise bikes, were found to be vulnerable to cyber attacks in the latest research from McAfee.

Peloton is a brand of electric bikes that combines high end exercise equipment with cutting-edge technology. Its products use wi fi to connect to a large tablet that interfaces with the components of the exercise device, and provides an easy way for physical activity enthusiasts to attend virtual workout classes over the internet several times a week.

Peloton has garnered attention recently around the privacy and security of its products. So McAfee decided to take a look for themselves and purchased a Peloton Bike+.

Researchers looked at the Android devices and uncovered a vulnerability  that could allow an attacker with either physical access to the Bike+ or access during any point in the supply chain to gain to hack into the bike’s tablet, including the camera, microphone and personal data.

For the person using it there would be no indication the Bike+ has been tampered with, potentially putting Peloton’s 16.7 million users at risk.

This could potentially lead to the Android OS being compromised by an attacker who is physically present. Even worse, the attacker could boot up the Peloton with a modified credential to gain privileges, granting them access to the bike remotely.

As the attacker never has to unlock the device to boot it up, there would be no trace of their access on the device. This type of attack could also happen at any point from construction to warehouse to delivery, by installing a backdoor into the Android tablet without the user ever knowing.

Given the simplicity and criticality of the flaw, McAfee informed Peloton while auditing was ongoing. The vendor was sent full details,  and shortly after, Peloton confirmed the issue and released a fix for it.

Further conversations between McAfee and  Peloton confirmed that this vulnerability had also been present on the Peloton Tread exercise equipment.

Peloton’s Head of Global Information Security Adrian Stone, commented on the research: “This vulnerability reported by McAfee would require direct, physical access to a Peloton Bike+ or Tread. Like with any connected device in the home, if an attacker is able to gain physical access to it, additional physical controls and safeguards become increasingly important.

"To keep our members safe, we acted quickly and in coordination with McAfee. We pushed a mandatory update in early June and every device with the update installed is protected from this issue.”