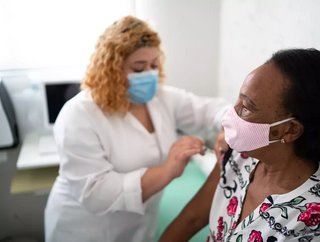 COVID-19 antibody levels are dropping in the elderly according to new data from the UK government.

A new report compiled by the Office for National Statistics (ONS), reveals that the decline is steepest in people over the age of 70, who would have been among the first to receive both doses of the vaccine.

COVID testing experts London Medical Laboratory are warning that protection levels for the oldest age groups have lowered. Only the most clinically vulnerable 1% have been confirmed to be eligible for a booster jab so far, so they are calling for the new national antibody test programme to be urgently ramped up to find out how long vaccination protection lasts.

Dr. Quinton Fivelman, PhD, the Chief Scientific Officer at London Medical Laboratory, said: "The facts are clear. The latest Infection Survey from the ONS reveals that 92% of over-80s are still testing positive for COVID antibodies in their blood, down from 94.4% in its July report. We expect these numbers to continue falling."

"Ironically, because the most elderly and vulnerable were the first people to receive both jabs, they are the first to begin losing their level of protection, just as colder weather approaches. COVID levels are likely to climb during the autumn and winter, and we will see this compounded with other illnesses like flu" he added.

Dr Fivelman says more data is needed to see how quickly antibody levels are falling. "Those who are most frail must not be the first to lose vital protection. So far, only the most vulnerable 1% of society are certain to receive a third jab - those with a severely weakened immune system.

"It's now September and we are still waiting to find out about who else will receive a booster jab. The government is still planning its autumn booster campaign but expert opinion from the Joint Committee on Vaccination and Immunisation (JCVI) seems divided. Perhaps the hard numbers in the ONS survey will help clarify things."

The ONS publishes weekly modelled antibody estimates for adults in the UK, grouped by age. The latest report estimates that in England 9 in 10 adults would have tested positive for antibodies against SARS-CoV-2 in the week beginning 9 August 2021, suggesting they had the infection in the past or have been vaccinated.

However the report states that while across the UK there is a clear pattern between vaccination and testing positive for COVID-19 antibodies, the detection of antibodies alone is not a precise measure of the immunity given by the vaccine. It is not yet known how having detectable antibodies, now or at some time in the past, affects the chance of becoming infected, as other parts of the immune system also offer protection.

Meanwhile in the US one in five states is setting records for COVID-19 hospitalisations in the month of August. Elsewhere two new variants of concern are being monitored -  one known as "Mu", first detected in Colombia and since reported in other South American regions and in Europe, and a new variant discovered in six of South Africa's provinces.