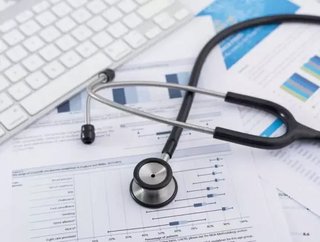 A recent report by The Bureau of Labor Statistics has predicted a rise in employment roles in the healthcare sector. By 2026, it has stated that roles w...

A recent report by The Bureau of Labor Statistics has predicted a rise in employment roles in the healthcare sector. By 2026, it has stated that roles will increase by 11.5million over the next 10 years, the fastest growth seen for up to a decade.

With ageing populations and escalating costs placing significant strains on healthcare services, rising retirement ages has also seen the demographic of ages of healthcare workers shift. Whilst dominated by a younger workforce in the 1990s, the sector is set to see an increase in older workers, in a pool which is both more diverse and innovative in its ways of working.

The number of baby boomers entering the profession is set to grow to 24.8% in 2026, a rise from 22.4% in 2016 and 16.8% in 2006, the report has added. New digital tools and subsequent transformations in healthcare will further drive the growth of labour productivity, and lead to the creation of new roles.

The report has highlighted that areas of particular growth will be the goods producing sector, which is set to gain over 200,000 jobs, providing 0.8% annual growth, as well as the social assistance sector, which will provide up to a third of new jobs in the industry.

Additionally, demand for occupational health occupations, in alignment with ageing populations and chronic health conditions, has led to a predicted increase of 7.4% and will contribute for nearly a fifth of all new jobs by 2026.

However, with such increased demands, significant investment will need to be invested into the growth of new and developing roles, both in acute and community settings. Many posts will require high standards of education, as well as the need for sensitivity, confidence and discretion. The number of community focused roles is also set to rise, in line with the majority of citizens wishing to stay in their own homes as they age.