Johnson & Johnson’s Chief Financial Officer is set to step down 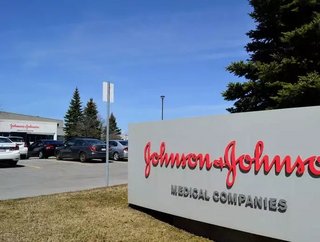 Spanning a near 20-year career at Johnson and Johnson, Chief Financial Officer Dominic J. Caruso is set to retire in September this year, after serving...

The longest running CFO in the company’s history, Caruso has been the figurehead behind the company’s acquisitions of Actelion, Synthes and Pfizer Consumer Health, amongst others.

He has also been instrumental in driving growth and capital allocation strategies that has seen Johnson & Johnson to exceed its competitor composite, as well as most major indices.

Additionally, with a passion for developing talent, Caruso and the finance organisation have established a best-in-class Talent Development program and have been stewards of sustainable financial principles since its establishment.

"During his nearly 12 years as CFO, Dominic provided Credo-based leadership and financial stewardship through the economic downturn and was instrumental in helping the Company deliver significant gains over the past five years," commented Alex Gorsky, Chairman and Chief Executive Officer of Johnson & Johnson.

"Dominic made a big impact inside our company, and he is well-respected throughout our industry."

Outside of Johnson & Johnson, Caruso serves on the CNBC CFO Council and is Co-Chair of the US Chamber of Commerce Global Initiative on Health and the Economy.  He was recently recognised as the #1 CFO in the pharmaceutical sector by Institutional Investor and serves on the Board of Trustees for The Children's Hospital of Philadelphia and the Cystic Fibrosis Foundation.

Vice President of Johnson & Johnson Investor Relations, Joseph Wolk is set to assume the role from July 2018. Whilst reporting to Chief Executive Officer Alex Gorsky, Caruso will work with him across a six-month transition period.

Wolk has been with Johnson & Johnson for 19 years and has served on the Finance Leadership team and has reported directly to Caruso since 2014.  Previously, he has led teams across a number of divisions at Janssen Group and Johnson & Johnson.

"Joe is a strong, collaborative, Credo-based leader who has a long track record of success, most recently as head of Investor Relations.  In this role, he quickly developed relationships with the investment community and has proven business acumen as well as a deep understanding of the many facets of Johnson & Johnson," Gorsky said.

"His varied experience has brought innumerable benefits to the corporation and we look forward to the valuable contributions he will make in his new role."