Mark Cuban puts forth his views on the US healthcare industry 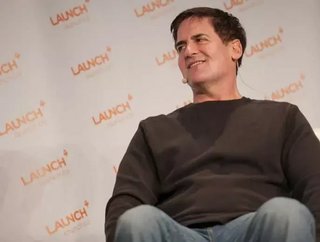 This weekend, US billionaire Mark Cuban has put forth his views on the country’s healthcare system and new ways in which it can be made universal for...

This weekend, US billionaire Mark Cuban has put forth his views on the country’s healthcare system and new ways in which it can be made universal for all, increased staffing numbers and the continual delivery of exceptional, patient centered care.

In a series of tweets, Cuban has stated: "Dear politicians. Let me ask a question. If every person in our country had health insurance, would we be any healthier?”

Cuban is clearly in favour of a universal, state-funded system, which isn’t dependent on private health insurance policies. At present, such policies create inequality and surging healthcare costs. "No chance a system where you give an ins (insurance) comp $, then beg them to spend it among limited options is the way to optimize our healthcare," he adds.

He explains that by removing insurance premiums, overall healthcare costs would drop by over 50% for most services. Consequently, he then added he would “invest federal funding to double medical school capacity and offer needs based grants to double medical students to 40k.

Although he claims that a single payer system would not be the solution for America, Cuban’s growing interest in the healthcare industry is seen with the number of investments he has made within the industry. From investing in medical imaging start-up company Genetesis, a genetic testing program (Biomeme), cervical cancer screening tool (MobileODT) and lung cancer analytics company (Matrix Analytics), Cuban, like many technology investors, are investing in new healthcare companies and technologies which will help further eradicate diseases and tap into a somewhat lucrative market.

Believing healthcare to be a right, and not a privilege (a question posed to a former Miss USA candidate, where her answer provoked widespread debate), Cuban has previously stated that “If there’s a legitimate way to modify the Constitution, there should be an amendment to the Constitution for healthcare for chronic illnesses and serious injury. We all play the genetic lottery.”

“I think all of the talk about Trumpcare vs. Obamacare really just avoids the ultimate question, which is, is healthcare a right or not?”

This question in itself has the US government facing the views of the American people, which remains somewhat divided. With many stating that they agree with Cuban, others have stated that to claim healthcare to be a right, medical professionals would be forced to go against their beliefs in order to help care for others. It is a complex issue in which President Trump is attempting to work towards solving, but has yet to reach a solution within government.