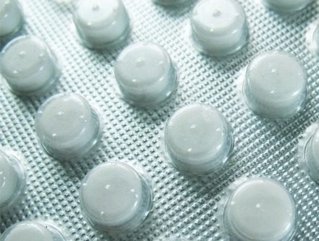 1 - Penicillin When Alexander Fleming stumbled upon penicillin in the 1930s it was one of the biggest discoveries in the...

When Alexander Fleming stumbled upon penicillin in the 1930s it was one of the biggest discoveries in the healthcare industry and at the time it was dubbed a ‘miracle drug.’ An antibiotic mould which could fight bacterial infections, penicillin is considered to be one of the most powerful antibiotics available and as soon as it reached the mass market it was saving lives.

Previous to its discovery, deaths were caused from a simple graze or sore throat as doctors had no way to treat the infections. Penicillin meant that infections were no longer fatal and Flemming, along with Howard Florey and Ernst Chain who took penicillin to market, were awarded a Nobel Prize in 1945.

It proved to be the starting point for a range of antibiotics and today remains as one of the most widely used.

A product of global pharmaceutical company Pfizer, cholesterol-lowering drug Lipitor is the best selling treatment in the world. It is currently at the centre of fairly intense media coverage, as Pfizer will lose its exclusive patent rights to the drug in May 2012, seeing it face competition from drug makers who will be able to produce cheaper, unbranded versions of Lipitor.

A key medical advance for surgical operations, when a number of doctors discovered it was possible to create a reversible loss of sensation surgeons were able to operate without patients feeling any pain. This allowed for more intricate procedures to take place and saved lives as previous to the discovery, many people chose death over the pain of surgery.

A massively popular drug discovery, it is estimated over 100 million women worldwide take oral contraceptive pills. It is one of the first drugs to be taken for an extensive period of time by ‘healthy’ people. This then paved the way for the development of drugs that prevented conditions rather than treating them; drugs such as cholesterol lowers.

Before the development of insulin, diabetes was a feared illness and diagnosis came with a warning of almost certain death. The 1920’s discovery of the insulin hormone enabled diabetes sufferers to live relatively normal lives by balancing blood sugar levels. Dr Frederick Banting and Professor John Macleod were awarded a Nobel Peace Prize for their discovery and Banting was also awarded a knighthood.

After being introduced to the US healthcare sector in 1988 it only took two years for Prozac to achieve its ‘most widely prescribed anti-depressant’ status, an accolade it still retains today. It was also one of the first selective serotonin re-uptake inhibitor anti-depressants and by 1999 25 percent of Eli Lilly’s revenue, the manufacturer of Prozac, was coming from the drug’s sales.

Another product courtesy of Pfizer, the matter of who exactly invented Viagra is cloudy, with the company saying “hundreds” of people were involved in making the popular aphrodisiac. In 2000 Viagra accounted for over 90 percent of erectile dysfunction treatments, but this has since dropped dramatically after reports of adverse side effects such as deafness and blindness.

Aspirin was patented in 1990, after a Bayer employee rediscovered a French Chemist’s pain relief formula. It was sold as a powder until 1915 when aspirin tablets were manufactured. As well as now being one of the main ingredients in a number of pain relief remedies, it is thought aspirin can prevent heart attacks, certain types of cancer and lower blood pressure.

Named after Morpheus the Greek god of dreams for its ability to cause drowsiness, the painkiller Morphine was first sold commercially by Merck in 1827. The use of morphine intensified after the introduction of the hypodermic syringe in the 1850s and today it is estimated approximately 230 tonnes of the drug are used every year.

Manufactured by Allergan, although Botox has been around for years it is only fairly recently been used on a mass scale. Botox was first approved by the FDA in 1989 initially to treat muscle spasms in the eye. It has gone on to gain popularity across the world as a cosmetic surgery able to banish wrinkles as well as treating medical conditions such as extreme sweating.