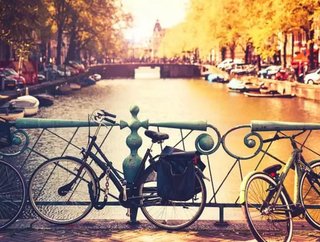 The shock of Britain’s decision to leave the European Union has sent shockwaves through businesses across the world. To counteract any challenges surr...

The shock of Britain’s decision to leave the European Union has sent shockwaves through businesses across the world. To counteract any challenges surrounding the vote, the European Medicines Agency (EMA) are set to move to Amsterdam in a 16-month relocation project.

Established in London in 1995, the move will see the majority of its 900 employees move to the Netherlands, and see it finalise its operations in London by March 2019.

The decision has been taken by the EU 27 Member States in the margins of the General Affairs Council (Art. 50). The organisation has also decided to relocate the European Banking Authority to Paris, further undermining London’s position within the financial market.

“Amsterdam ticks many of our boxes,” EMA Executive Director Guido Rasi explained. “It offers excellent connectivity and a building that can be shaped according to our needs. I am very grateful that the Member States took into account our requirements for business continuity and gave priority to the protection of public and animal health.”

Beating over 15 states to house the EMA, the relocation will no doubt impact on the current delivery of new drugs to enter the European market. Employees who choose to resign in essential niche areas could also create delays in ongoing operations.

“I think people are under-estimating the scale of the challenge in moving the agency,” commented Steve Bates, CEO of Britain’s BioIndustry Association. “The EMA took several years to move a few hundred metres in London. In fact, that took longer than the time we have left between now and Brexit.”