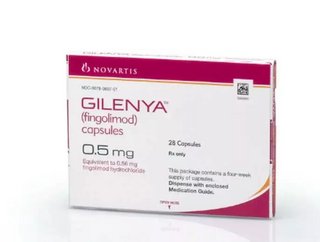 The continued use of a drug treatment for multiple sclerosis (MS), Novartis AGs Gilenya, has been supported by the European Medicines Agency (EMA). How...

The continued use of a drug treatment for multiple sclerosis (MS), Novartis AG’s Gilenya, has been supported by the European Medicines Agency (EMA).

However, the EMA has said the drug, which is otherwise known as fingolimod, needs to come with stronger warnings about its heart risks.

Novartis has said it will work with the EMA to implement the suggested changes and updates, which will give further guidance to healthcare professionals about potential treatments using Gilenya.

Doctors will be advised not to prescribe Gilenya to patients with heart conditions such as cardiovascular and cerebrovascular disease.

They will also be advised against giving the MS treatment to those on heart medication.

Additionally, the EMA has said that in the European Union, all MS patients starting treatment with Gilenya should have an electrocardiogram (ECG) and a blood pressure measurement prior to the first dose of the medicine and after the six-hour first-dose monitoring period.

Blood pressure and heart rate should be measured every hour during this period and continuous ECG monitoring is recommended for a minimum of six hours following the first dose.

Commenting on the EMA’s approval for the continued use of Gilenya, David Epstein, the Division Head of Novartis Pharmaceuticals, said: “We believe that Gilenya is a valuable treatment option for many patients with relapsing remitting MS, and we welcome the confirmation of the positive benefit-risk profile of the drug which also supports our continued belief of the blockbuster potential of Gilenya.

Industry analysts anticipate that Gilenya will prove to be a blockbuster drug from Novartis and some forecasts suggest by 2015 it could have reached sales of $1.7 billion.