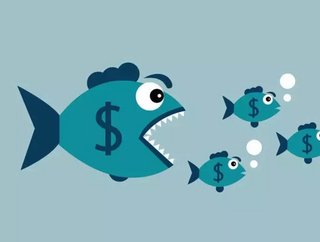 The healthcare sector has experienced a flurry of mergers and acquisitions (M&amp;A) in recent years. According to a report from global consulting firm...

The healthcare sector has experienced a flurry of mergers and acquisitions (M&A) in recent years.

According to a report from global consulting firm Bain & Co., healthcare M&A values surged globally in 2017, rising 27% to $332bn while deal count in the industry rose 16 percent. The Bain report says a similar pace for further M&A activity in the sector can be expected to close 2018, as aging populations in developed markets, development of new drugs, and a fragmented, inefficient healthcare system in the United States promises to bear disruptive opportunities for dealmakers across the globe.

Within this active healthcare M&A landscape is an opportunity for dealmakers to reduce the amount of time it takes to close deals and make the post-deal corporate integration phase more efficient with the use of technology and a project-management methodology made popular in the software development industry.

A new way is born

In 2001, several technology industry leaders met at a ski resort in Utah to attempt to improve traditional work styles that often led to duplicate work, reduced effort, and dysfunctional corporate processes. The leaders wanted to see if they could build upon the “waterfall” methodology that became widely used throughout the world of information technology. What resulted came to be known as the Agile Methodology, which is built on four tenets:

Above all, Agile’s distinct characteristics include valuing individuals and interactions over processes and tools, using software instead of comprehensive documentation, relying on customer collaboration instead of contract negotiation, and responding to change over following a plan.

Several service-based industries, such as marketing and event planning, among others, have adopted Agile principles with great success. Many organisations have credited Agile with improving time to deliver, quality, and overall client satisfaction.

Agile enters the world of M&A

If Agile leads to enhanced quality, client satisfaction, and time efficiency, then what better industry to apply Agile than M&A?

CFOs, corporate development executives, investment bankers, and others involved in dealmaking often get frustrated during the M&A process because of tedious tasks, redundant work, slow timelines, and lack of communication, among other things. Agile specifically targets the pain points in M&A and not only fixes them, but prevents them.

Furthermore, using a software that is created upon Agile principles has three critical benefits.

No. 1 - Elimination of redundant and unnecessary work.

As mentioned above, historically businesses have used a waterfall-style workstream; this approach is often demonstrated during all phases of M&A. With the waterfall method, however, there is often the danger that key points of focus will fall by the wayside over time. We’ve all seen it happen—employees become increasingly focused on completing their to-do lists and lose sight of the big picture. In addition, a waterfall approach can be limiting, missing opportunities to eliminate certain tasks as things change and adapt during the M&A process, which would allow time and attention to be better focused elsewhere.

No. 2 – Adaptability keeps the emphasis on the team’s priorities.

Although much is learned during the discovery and planning phases of an M&A process, new information or “surprises” certainly come up well into the execution and integration phases. This means plans should be kept malleable so they can be adapted as new information is collected. Clearly, this stands in stark contrast to the old way of aggressively mapping everything out only to have aspects of the process develop and transform in unforeseen ways, thus wasting hours of work time.

No. 3 - Increased protection acquisition via improved workflow and transparency.

Approximately 70% of M&A deals fail. Companies need to implement more effective strategies designed to protect their acquisitions. A primary reason for such failures is the main focus may shift during the M&A process, yet team members fail to adjust and continue to follow pre-planned and designated assignments.

When teams move from a checklist of tasks to a big-picture Agile-view, work life can center around keeping everyone performing at a high level and keeping the acquisition moving forward. Agile principles have also been known to improve the buyer’s ability to track the progress of the acquisition.

Furthermore, improved collaboration successfully aids the protection of the acquisition. In an Agile organisation, meetings and collaborative sessions are often quick—typically a 15-minute daily check-in—but they come with the expectation that teams will keep stakeholders and other employees up to date to improve transparency and extract feedback. This style of workflow allows team members to anticipate potential problems and ask for help before major issues arise.

No. 4 – Giving teams the power to change the “change curve.”

What is the change curve?

Just as individuals react with a variety of emotions to shifts in their personal lives, they also follow a pattern of emotional responses to variations in their work lives. Although models of the change curve use slightly different terms, experts agree that when workers are faced with major changes at work, they often travel from denial to anger to depression and then, hopefully, to stages of acceptance, hope, and commitment. Put simply, when changes are implemented or mergers and acquisitions take place, company morale often plummets and workers become preoccupied with fears and doubts. As a result, productivity suffers.

A business using Agile principles can limit—even eliminate—the negative stages of the change curve and increase employee buy-in because, in an Agile world, small changes are built-in over time. This gradual system of adjustment improves morale and balances risks and rewards. Finally, addressing integration in this thoughtful manner helps companies keep key employees, who, if left feeling frustrated and upset by the new environment, might otherwise leave. These defections can have major negative financial consequences for companies.

There is an old adage comparing the M&A process to trying to complete a large puzzle when your right hand and your left hand have never worked together.

To put it lightly, deals involve many moving parts. Further complicating matters is the fact that you suddenly have two companies and additional stakeholders that now need to work and communicate together fairly seamlessly to bring the deal to completion.

Consequently, during the M&A process, it is not uncommon for teams to make mistakes because they don’t have the right methods in place. Agile software provides teams with ways to produce positive results such as increased accountability, improved transparency, strong governance of work streams, and robust communication.

With Agile, there is a focus on working software over comprehensive documentation. Just because your industry has used one software for the last decade and everyone is familiar with it, doesn’t mean it’s the right tool for staying ahead of the competition.

M&A project-management software that has been designed according to Agile principles allows for constant communication and feedback in an efficient way. Think of it as a one-stop shop for a deal’s lifecycle; it’s specifically designed to facilitate due diligence and post-merger integration processes. You don’t need to go from email to Microsoft Excel and Word documents—because it’s all in one place.

Using Agile project management software prevents people from working in silos and it eliminates the risk that items and documents will be lost during back-and-forth emails. This approach also reduces duplicate requests, surprises, or delays that can occur along the way. This saves everyone time, money, and frustration as they can give feedback and modify a project (if necessary) in shorter sprints, allowing for transparency and constructive feedback. Project changes can be made and tweaked before the project progresses too far in the wrong direction.

Moreover, the intuitive and centrally located file management system built into these platforms gives business owners a clear, bird’s-eye view of all the information involved in a deal. It also makes it easier to integrate new information into a deal and to update the relevant parties quickly. The ability to streamline and manage the number of requests that come to the owner’s attention during an M&A process can be critical to the company’s success. By centralising all communication, platforms that use the Agile methodology give management teams complete control over the way in which they receive notifications regarding M&A requests, helping executives manage their time and attention.

Kison Patel is a former M&A transaction advisor with more than 10 years of experience. He has seen the challenges that the M&A lifecycle presents, from inception to post-closing. He has spent the last six years developing DealRoom, a multiparty project management software designed to simplify, innovate, and automate the M&A process.