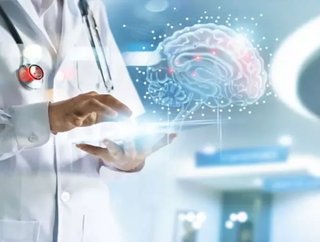 Pfizer has announced that it is set to close its neuroscience division, which will end its research and development operations in developing treatments...

Pfizer has announced that it is set to close its neuroscience division, which will end its research and development operations in developing treatments for diseases such as Alzheimer’s and Parkinson’s Disease.

At present, Pfizer is one of the largest pharmaceutical giants with nearly 10 drugs in development. It is therefore unclear as to how this decision will further halt the time in which it will ultimately take to bring a successful drug to market.

"As a result of a recent comprehensive review, we have made the decision to end our neuroscience discovery and early development efforts and re-allocate [spending] to those areas where we have strong scientific leadership and that will allow us to provide the greatest impact for patients," Pfizer explained in a statement emailed to NPR.

The decision will lead to the end of up to 300 jobs, which has proved disheartening for many. "Of course, it's disappointing to hear that Pfizer, one of the world's leading pharmaceutical companies, will be terminating their research efforts in neuroscience, including Alzheimer's disease drug discovery,” commented Dr James Pickett, Head of Research at The Alzheimer's Society,

"The brain is the most complex organ in the body and developing drugs to treat brain diseases is a tremendous challenge, but with no new drug for dementia in the last 15 years, this will come as a heavy blow to the estimated 46.8 million people currently living with the condition across the globe."

However, Pfizer has made great efforts in sponsoring a multitude of clinical trials, costing millions in revenue. Many other pharmaceutical companies, such as Eli Lily and Novartis, are holding out hope in sourcing a treatment which will eradicate the disease altogether, as it remains one of the top causes of death worldwide with no cure.

Over five million citizens in the US are living with Alzheimer’s, which could rise to 16 million by 2050, according to The Alzheimer’s Association, leading costs to rise above a trillion dollars.

"It is vital that all of us - charities, government and industry alike – to make long-term commitments to dementia research if we are to bring an end to the fear, harm and heartbreak of dementia," commented Dr Matthew Norton, Director of Policy at Alzheimer's Research UK.

Nonetheless, Pfizer have stated that they will be looking at developing a venture arm which will see the outsourcing of research and development into creating solutions within neuroscience.