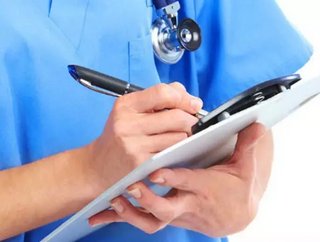 Argentina is boosting the health of its citizens thanks to strong government schemes that are providing medical attention to those that need it, while...

Argentina is boosting the health of its citizens thanks to strong government schemes that are providing medical attention to those that need it, while financially supporting the country’s in-house pharmaceutical production, according to a new report from healthcare experts GBI Research.

The new report shows that the Argentine pharmaceutical market is expected to witness significant growth in the near future, based on predicted increases in government healthcare spending, which are set to support the country’s citizens by providing comprehensive medical care.

While 15 percent of total government expenditure was spent on healthcare in 2009, a higher ratio than that of most emerging countries, schemes such as the Remediar programme, which runs a network distributing essential drugs directly to local clinics in low-income neighbourhoods and is funded by the government and the Ministry of Health (MOH), are set to further increase expenditure in coming years.

Argentina’s pharmaceutical market is one of the fastest-growing markets in Latin America, having blossomed since the country’s economic crisis of 2001-2002.

Amid the financial turmoil, large domestic companies acquired the divested manufacturing facilities of multinational pharmaceutical companies and established themselves in the market to support the country’s healthcare needs.

The Argentine pharmaceutical market is therefore now dominated by local pharmaceutical companies, which accounted for 58 percent of the industry’s revenue in 2010.

Pharmaceuticals produced by domestic laboratories within the country accounted for around 94 percent of the revenue, with only the remaining 6 percent of drug sales relying on foreign imports.

Most domestic laboratories in Argentina are private and dominate the local market due to strong brand awareness, effective business strategies, and high levels of influence on drugstores, pharmacies, healthcare professionals and patients.

The Argentine pharmaceutical market was estimated at $4.3 billion in 2010.

GBI Research estimates that the market will grow at a Compound Annual Growth Rate (CAGR) of 10.6 percent during the given forecast period (2010-2015).