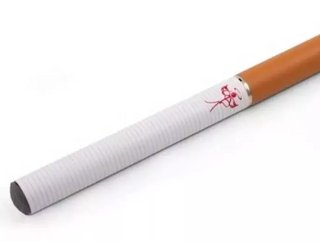 Written by: James Dunworth Hon Lik was smoking 60 cigarettes a day. He was coughing and wheezing throughout the day and his father was dying of lung ca...

Hon Lik was smoking 60 cigarettes a day. He was coughing and wheezing throughout the day and his father was dying of lung cancer. Then he had a dream which would change the world of smoking forever. In the dream, Hon Lik was drowning in a deep sea, close to death. Suddenly the sea was vapourised, and replaced by a wonderful colourful fog.

At least that is his story of how the e-cigarette was invented. The inventor’s idea was simple enough. Take everything bad out of cigarettes except the one thing which causes the pleasure, but also the addiction; nicotine.

When a smoker sucks on an electronic cigarette, a sensor activates a heating element called an atomiser. The atomiser heats up a liquid containing nicotine, creating vapour. The estimates from experts are that the e-cigarette carries in the region of one percent of the danger of ‘normal’ cigarettes.

Although there may still be some risks to e-cigarettes, David Sweanor, former advisor to the World Health Organisation on tobacco control, uses the following analogy: “Despite the risks associated with soccer, I would, for instance, prefer my children play soccer rather than play with live hand grenades.”

However, not everyone is keen on e-cigarettes. Pharmaceutical companies that produce nicotine cessation aids and tobacco companies that profit from regular cigarettes have campaigned against the device. In addition, some tobacco control activists fear that with much of the danger removed from smoking, smokers will not want to quit.

This fear was summarised in a statement by the New Zealand government, which said: “The risks to smokers of pure nicotine, delivered in doses seen with the e-cigarette, are extremely low. [However] it does raise issues about the social approval of these devices and does run counter to one of the objectives to denormalise smoking.”

The e-cigarette is a device which is surrounded by controversy and there are arguments both for and against it. For example, in New Zealand, tobacco kills 5,000 people a year, while in Australia the number of tobacco-related deaths each year is 15,000. However, tobacco remains legal in both countries while e-cigarettes, which are yet to be linked to any deaths, are illegal; although both countries currently do allow the personal import of e-cigarettes.

However, campaigners such as New Zealand doctor Murray Laugeson believe that the devices need to be sold in Australia and New Zealand to win significant number of converts - and possibly even pave the way for a tobacco free state.