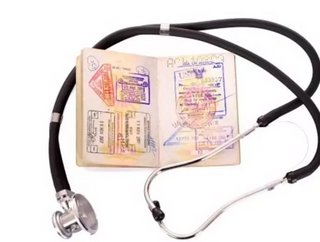 Cuts and reductions in the financial budgets of healthcare services in the UK will acts as a huge boost to medical tourism across Europe. A study carri...

Cuts and reductions in the financial budgets of healthcare services in the UK will acts as a huge boost to medical tourism across Europe.

A study carried out by the Economist Intelligence Unit (EIU) has suggested the healthcare industries in developing countries will benefit as financial restraints continue to be exercised in richer nations.

The EIU report has shown France and Germany are among the most popular European destinations for medial tourism, with Belgium and Poland proving to be up-and-coming destinations too.

It is also suspected that an imminent EU directive on Cross-Border Healthcare, which is due in 2013, will increase the number of active medical tourists even more.

As part of the new directive, patients will be reimbursed for any medical treatments they receive in foreign countries.

According to current figures, 50,000 people travel from the UK seeking healthcare procedures.

The report noted “Both inbound and outbound hit 51,000 travellers in 2009, but that represented only 13% growth for inbound travellers since 2002.

“The number of outbound medical tourists, meanwhile, had risen by 170% over the same period.”

It is thought an ageing popular is “shifting the flow” and reversing the trends of medical tourism, as previously rich residents of developing countries travelled to Westernised nations for superior healthcare.

The most sought-after treatments are those which are not catered for very well, if at all, on the NHS – hip and knee replacements, laser eye surgery, fertility, cosmetic surgery and dental treatments.

The report stated: “Many developing countries are building up world-class healthcare facilities at just the time when healthcare cost pressures in the developing world are rising rapidly.

“This is already encouraging a shift in the flow of traffic.”

However, the EIU did stress international regulation standards for medical tourism and its practices need to be put in place.

It said: "The long waiting lists for body parts in many developed countries, and the amount that desperate patients are prepared to pay for a transplant, raise the danger that poorer local people will be coerced into illegal organ donations.”