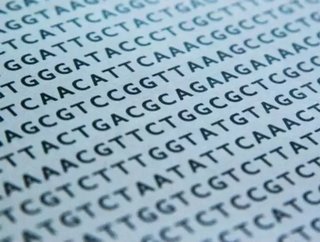 Two teams of researchers from the UK and the US have discovered that a single rouge gene is responsible for depression. They have pinpointed a region o...

Two teams of researchers from the UK and the US have discovered that a single rouge gene is responsible for depression.

They have pinpointed a region of chromosomes, known as 3p25-26, which contains up to 40 genes and they believe one or more of the genes cause the illness.

Although it has long been suspected that genetics are responsible for depression and that some people are more susceptible to it than others, the scientists are now hoping to carry some more detailed research to pinpoint the exact gene responsible.

While depression is often triggered by events that are out of our control such as grief, divorce or redundancy, it is hoped that these new findings will help to develop better treatments for the hard to manage condition.

Researchers from Kings College London studied more than 800 British families with at least two siblings with depression, while the US team of analysts from the Washington University Medical School in St Louis looked at 25 families in Finland and 91 in Australia.

The findings have been given increased credibility as two different studies came up with the same results.

Both sets of results have been published in the American Journal of Psychiatry and show that two people with depression who came from the same family had the same genetic variations in the 3p25-26 section on DNA.

Gerome Breen from Kings College London was one of the lead authors of the published research and he said in an interview: “In a large number of families where two or more members have depression we found robust evidence that a region called chromosome 3p25-26 is strongly linked to the disorder.”

“These findings are truly exciting as possibly for the first time we have found a genetic locus for depression.”

He added: “This breakthrough in understanding the risk for depression may get us closer to developing more effective therapies though patients should not expect to see these available for 10-15 years.”