Row over the future of smallpox samples 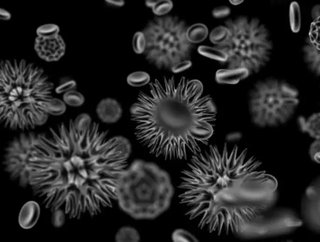 The World Health Organisation (WHO) held a stormy meeting on Monday to discuss the future of samples of the lethal smallpox virus. Many country offici...

The World Health Organisation (WHO) held a stormy meeting on Monday to discuss the future of samples of the lethal smallpox virus.

Many country officials expressed concern and opposed the plans of two countries who want to keep the world’s last known remaining smallpox samples rather than destroying them.

The row over the desire of Russia and America to keep the last official stocks of the deadly virus has been ongoing at the WHO since 1986.

TO READ THE LATEST EDITION OF HEALTHCARE GLOBAL, CLICK HERE

The laboratories in Moscow and Washington claim they want to keep the samples for five more years so they can have more time to develop a vaccine should another outbreak of smallpox occur.

Many of the 193 WHO member countries are fearful that some countries may have secretly kept their smallpox samples with the view of using it a biological weapon in the future.

Around 20 countries including Iran, Thailand and Zimbabwe, opposed the resolution sought by the US and Russia and they believe the virus samples should be immediately destroyed.

One Malaysian diplomat said: “There is no longer scientific justification to keep these viruses", while an Iranian official added: “It's been 30 years since we agreed to keep the stocks, it is about time to fix a definitive date” to destroy them.

Alternatively the Russian envoy argued: “We feel that we do not have sufficient guarantees on the efficiency and the preparation of the vaccines.”

“Destruction will be irreversible. After the research, we can determine a date," he added.

Smallpox is a serious contagious disease which is thought to have originated over 3,000 years ago and is considered to be one of the most devastating viruses to humanity before it was finally eradicated in 1979.