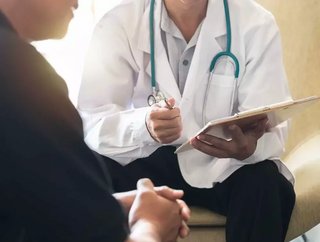 A new study led by researchers at University College London (UCL) has found that severe mental illness diagnoses are being missed in over a quarter of patients when they're admitted to hospital for other conditions. The percentage is higher in people from ethnic minorities.

The study involved 13,786 adults who had been diagnosed with severe mental illnesses including bipolar disorder and schizophrenia between 2006 and 2017. Researchers linked this data to 45,706 emergency hospital admissions for the same people over the same period, to see whether the conditions were recorded when they were admitted to hospital for a separate health issue.

In 2006 mental illnesses were missed more than half the time (48%), however this rose to 75% by 2017. However not all of the recordings included the specific diagnosis, as the figures include any recording of a psychiatric illness. There were specific recordings of schizophrenia in only 56% of people with this condition. Bipolar disorder was only recorded 50% of the time, meaning there may be cases of misdiagnosis for other, possibly less severe mental illnesses.

People from ethnic minority backgrounds were more likely to have missed diagnoses. Those from Black African or Caribbean backgrounds were 38% more likely to have their diagnosis unrecorded compared to those from white backgrounds. Researchers say one possible reason is that clinicians were less able to detect these conditions in people from other ethnicities, or perhaps due to language barriers or stigma felt by the patients.

Hassan Mansour, who led the study said: “The disparities we found between ethnic groups are concerning because previous studies have identified particularly poor health outcomes for people from minority ethnic groups with severe mental illnesses. Training in culturally-sensitive diagnosis may be needed to reduce inequalities in medical care.”

Married people also had frequent missed diagnoses, which researchers believe could be due to stigma, if spouses providing information to hospital staff are reluctant to mention a mental illness diagnosis or are unaware of it.

The overall improvements could be due to NHS commitments towards whole person-centred care, financial incentives, improvements in coding practices, or expansions of liaison psychiatric services in hospitals, the researchers said. However they are calling for better sharing of data between health services.

Senior author Dr Andrew Sommerlad (UCL Psychiatry and Camden and Islington NHS Foundation Trust) said: “If someone with a severe mental illness comes to hospital physically unwell, it might be an indicator that their mental health is getting worse. It could be a critical time to identify issues with mental and physical health, and an opportunity to access support for their mental illness.

“It’s important to understand that physical and mental health are interlinked, and should not be seen as separate entities. Both can impact the other, so more needs to be done to bridge the gap and achieve truly integrated care that’s accessible to everyone.”