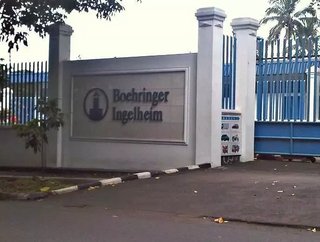 The new centre will seek to maximise synergies by integrating biologicals analytical and process development as well as manufacturing for clinical studies into one seamless unit, whilst at the same time increase development capacity.

“The BDC is another key building block supporting the company’s long-term strategy for increasing the pipeline’s share of biologicals. This is particularly driven by two of our core areas, immune oncology and immunology,” explained Dr Fridtjof Traulsen, Corporate Senior Vice President Development at Boehringer Ingelheim.

“The share of new biological entities in Boehringer Ingelheim’s research pipeline has been consistently increasing over the past few years and has now reached 40%.”

Following a staggered launch, the new building will be home to 500 employees.

The new BDC adds to a number of major recent investments into the global Boehringer Ingelheim biopharmaceuticals development network, with the aim to further increase its mammalian cell culture capabilities.

At present, the company has committed over 20% of its human pharma net sales to Research & Development. More than 8,000 employees work in four R&D centres of excellence on a highly innovative pipeline, 50% of which is anchored in external innovation.

As a result of its significant investment in its research and development capabilities, Boehringer Ingelheim has bought approximately 80 new drugs to preclinical trials, where up to 15 could gain approval for use by 2025, Biopharma Dive reports. The five key areas for the business till this time span immunology, oncology, central nervous system disorders, fibrosis and cardiometabolic diseases.