New research could help speed up the detection of sepsis 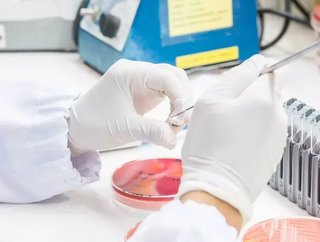 A new test could give results in under an hour...

Sepsis kills roughly 11 million people around the world each year . Early diagnosis is very important for survival, as if not managed promptly, it can lead to septic shock, multiple organ failure and death.

A new journal article, co-authored by Professor Christopher Gwenin of the Department of Chemistry at Xi’an Jiaotong-Liverpool University, has explored a new method of sepsis detection which could result in faster, more accurate and more accessible testing devices in the near future.

Sepsis, informally known as blood poisoning or blood infection, can affect anyone with an infection, serious injury, or other serious illness, particularly in cases where people's immune system is compromised. When left untreated the infection spreads throughout the body and results in a heightened response from the immune system, causing it to attack healthy cells.

The long-term effects of Covid-19, such as weakened heart function, can increase the susceptibility of sepsis.

"Viral infections, like Covid-19, are becoming more commonly related to sepsis cases, as a higher number of people in hospital are experiencing a secondary infection contracted from an increased stay" said Professor Gwenin.

The WHO states that identifying and not underestimating the signs and symptoms of sepsis - shortness of breath, coughing and fever - are crucial elements for early diagnosis, however these symptoms are typical of many illnesses which can complicate a diagnosis. Detecting sepsis is crucial, as Gwenin explained: "Results from a retrospective study have shown an average increase in mortality by 7.6% for every one-hour delay in the administration of antibiotics in patients with septic shock.”

Gwenin's paper discuses a testing method known as Solid-Phase RPA. This uses a device a bit like a pregnancy test, where a sample is passed over a specially treated strip, giving a result in a short space of time. “A method like this reduces run time as well as the cost of the device,” Professor Gwenin said.

More research is needed, but Solid-Phase RPA shows promise towards a test that could help identify sepsis as well as a wide range of pathogens in under an hour, without the need for expensive equipment.