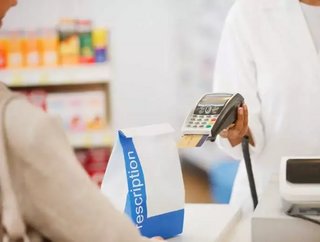 The Canadian Generic Pharmaceutical Association (CGPA) has been in talks behind closed doors with the Quebec Government regarding the plan to render gen...

The Canadian Generic Pharmaceutical Association (CGPA) has been in talks behind closed doors with the Quebec Government regarding the plan to render generic prescription medicines and reduce competition and competitive pricing amongst drug suppliers in Quebec. The area will become the first province to institute a tender system of such magnitude.

Jim Keon, President of the Canadian Generic Pharmaceutical Association (CGPA), released a statement: "Over the past several months, CGPA has been engaged with the Government of Quebec regarding proposals that would provide substantial health-care savings to the province and help ensure the ongoing viability of the generic pharmaceutical industry and the continued and future supply of cost-saving generic pharmaceutical products.”

CGPA’s proposal would enable the Quebec Government to acquire savings of $1.5 billion over five years, including further discounts on common prescription drugs and additional savings.

He adds, “Instead of accepting these guaranteed savings and negotiating a sustainable agreement, the Government is planning to initiate a risky tendering scheme, with unknown savings results that could threaten the current and future supply of cost-saving generic pharmaceutical products and the industry's significant jobs and investments in Quebec.”

The move could also create drug shortages and price increases, impacting health manufactures, pharmaceutical roles in Quebec and the entire industry as whole. Keon has stated it will affect “4,100 direct jobs, a direct economic impact of $769 million and a significant contribution to Quebec's trade balance as 40 percent of local production is exported to other markets.”

However, Health Minister Gaetan Barrette has now said that despite its best efforts, the government will continue with its tendering process from the beginning of July, after withdrawing the offer which was agreed with no explanation. The government aims to save taxpayers up to $300 million per year through the move.

Such changes will create increased uncertainties within the pharmaceutical sector across Canada. Patients could be given a different brand for their ongoing health needs, such as diabetes, which could cause anxiety or upset within Quebec’s ageing population. This will also put each company in an uncomfortable position. Without bidding, they will lose revenue and be priced out of the market – however, to encourage this tendering process will not go down well with the Canadian public and reduce the creation of new drugs for patients.

Christophe Augé, president of the Association Professionnelle des Pharmaciens Salariés du Québec, has said: “Pharmacists will have to explain to patients why their drug brands are being changed and why certain drugs are no longer available. Managing drug ordering will also become more complex for pharmacists.”

The news will also impact Canada’s long-term discussions to develop a Comprehensive Economic and Trade Agreement (CETA) with the European Union, concerns surrounding how the pharmaceutical industry will fit into the proposed plans with regards to intellectual property and European regulations has yet again been put under scrutiny.