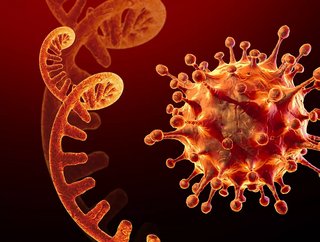 The Delta variant of COVID-19 (formerly known as the Indian variant) is continuing to spread around the world, with the WHO now estimating it to be present in 62 countries.

SARS-CoV-2, the virus that causes COVID-19, is believed to be mutating every 11-15 days - roughly half the rate of the common flu. So far 12,700 mutations have been identified, along with 4000 variants.

Lab supplier Thermo Fisher Scientific recently launched the TaqMan Mutation panel, which  can test confirmed infected samples for COVID-19 variants. We ask Manoj Gandhi, Thermo Fisher's Senior Medical Director, how the virus is mutating, how to monitor this, and whether it is becoming more transmissible.

Is SARS-CoV-2 mutating at a faster rate than most viruses?
It is normal for viruses to mutate. Whether the mutation rate is faster or slower depends on the type of viruses being compared. SARS-CoV-2 is an RNA virus, and compared to DNA viruses such as herpes viruses or pox viruses that can proof-read and fix genetic errors as they divide, SARS-CoV-2 lacks the robust proof-reading machinery.

This means it mutates at a faster rate than DNA viruses. In comparison to other RNA viruses such as influenza viruses or HIV, coronaviruses have slightly better genetic proofreading machinery. Therefore, in theory, SARS-CoV-2 is expected to have a slightly lower mutation rate than the flu viruses or HIV.

However, the unmitigated spread of the virus and several large scale outbreaks have offered multiple opportunities for the SARS-CoV-2 to divide and accumulate mutations as it replicates. In addition, some of the treatments such as convalescent plasma or even vaccinations may lead to selection pressure for the virus to mutate faster than expected.

What is the usual process for monitoring viral mutations, and how does monitoring for SARS-CoV-2 mutations compare?
The conventional method is by sequencing the viral genome on a random set of positive samples using Next Generation Sequencing (NGS). This approach allows you to examine the entire sequence of the viral genome and helps identify already “known” viral strains circulating in the community as well as any “new” strains that may have emerged.

Another approach taken by some public health labs is to use a two-step approach using mutation assays. In this approach, the first step involves testing a positive sample with a set of PCR-based mutation assays for already known SARS-CoV-2 variants. If one or more of the mutations in the set is present, it could help identify the known strain type. If none of the mutations in the set are present, then step 2 involves testing the sample with NGS for determining which other strain may be present or if it is a novel strain.

The two-step approach allows to scale up SARS-CoV-2 variant surveillance so that more samples can be tested and sequencing capabilities can be conserved for when they are absolutely required. Laboratories are also using the “S-gene drop out” feature of the TaqPath™ COVID-19 Combo Kit as an indirect indicator of the presence of the B.1.1.7 (UK) variant.

How much do we know about the Delta variant, in terms of how transmissible it is, and whether the vaccines we have are effective against it?
As far as transmissibility is concerned, the Indian variants, especially the B.1.617.2 and B.1.617.3 variants, are more transmissible than the wild type SARS-CoV-2 virus. This property of increased transmissibility of the B.1.617.2 and B.1.617.3 are conferred upon by the specific mutations such as the L452R and E484Q present in these variants.

While it's difficult to compare the transmissibility of the Indian variants against other variants, Public Health England (PHE) has suggested that the B.1.617.2 variant may have equal or greater transmissibility than the B.1.1.7 (UK) variant. As a result of this increased transmissibility, PHE has escalated B.1.617.2 to a “Variant of Concern”.

Similarly, the WHO has categorised B.1.617.3 as a “Variant of Concern” due to the increased risk of transmissibility. While there are concerns over whether the mutations in the Indian variant can confer immune resistance, recent scientific evidence suggests that two doses of the Pfizer and AstraZeneca vaccines after (PHE study) are effective against the variants in preventing severe disease and deaths. In another lab-based study conducted by a New York University, the Pfizer and the Moderna vaccines showed that, in principle, they are effective against them.

Will it be necessary to develop additional vaccines to combat new variants?
At present, the current vaccines for COVID-19 appear to be effective against the SARS-CoV-2 variants. As the virus evolves and undergoes additional mutation, there is always a risk that a mutation might occur and a “breakthrough variant” might emerge that could confer resistance against the current vaccines.

If that were to occur, additional vaccines would need to be developed against the new variants. Hence, it is critical to perform SARS-CoV-2 surveillance to monitor the spread of current variants as well as identify any new variants that might emerge with potential to evade vaccines.

Will we need annual vaccinations for COVID-19, like the yearly flu vaccine?
Current scientific evidence points to two mechanisms of immune protection against the virus: cell mediated (T-cell) and antibody-mediated (B-cell) response. While the exact duration of immune protection is not known, scientific literature suggests that the B-cell antibody response provides a protective effect from about 6 months to a year whereas T-cell immune response provides a longer lasting response.

While it is unclear at this point if annual vaccinations for COVID-19 would be recommended, it appears that there is a possibility that additional booster doses could be required to replenish the antibody-mediated immune response, at least in the subsequent years.