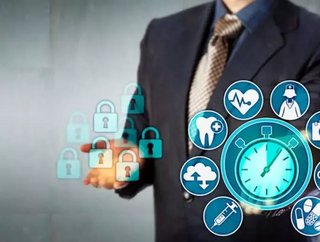 Named to both the Inc. 5000 and Deloitte Technology Fast 500 lists of the fastest growing companies in the US, Netwrix Corporation, provider of a visibi...

Named to both the Inc. 5000 and Deloitte Technology Fast 500 lists of the fastest growing companies in the US, Netwrix Corporation, provider of a visibility platform for data security and risk mitigation in hybrid environments, has released its 2018 Netwrix Cloud Security: In-Depth Report for Healthcare.

The report reveals most healthcare providers store patient sensitive data in the cloud, yet only a few have all round visibility into who is accessing that data.

In January of 2018, The National Health Service (NHS), the largest healthcare provider in the UK, officially approved the use of US-based cloud providers to store patient data, the report states. The company found that 84% of healthcare organisations already store data in the cloud, but the NHS is the first state healthcare organisation to give the go-ahead.

Although the NHS' decision was driven by commonly cited cloud benefits, such as better data security and reduced operating costs, in reality, only 19% of organisations surveyed said their security improved after cloud adoption the report continues.

Last year, malware infiltrations and cyber-attacks grew in the healthcare, space, with variants such as NotPetya and WannaCry. The WannaCry attack resulted in disruptions at 37% of NHS trusts and resulted in thousands spent in extra costs to cover cancelled appointments and repair the damage to all existing data platforms. 68% surveyed have therefore named the risk of unauthorised access to be a key concern, as well as 61%, who claimed the risk of malware infiltration to be a dominant factor.

Healthcare is also the only industry surveyed which therefore named data encryption as a top cloud security concern at 45%. Encrypting all healthcare data handled can double or triple a cloud bill, hence smaller organisations without government support, tending to refuse the use of cloud technology.

Despite this, healthcare organisations have named employees as a top risk to cloud security, with 55% of respondents saying that the human factor plays the most important role. Third parties, external actors and cloud providers are seen as less of a threat.

“This year shows positive dynamics in cloud adoption by healthcare providers, as more organisations are willing to move their sensitive data to the cloud, or already store it there. Yet the major security concerns remain the same: Most organisations perceive employees as the main threat to their systems and data, while lack of visibility across the IT environment makes it more difficult to deal with potential risks,” explained Michael Fimin, CEO and co-founder of Netwrix.