Can a digital vaccine tackle COVID-19? 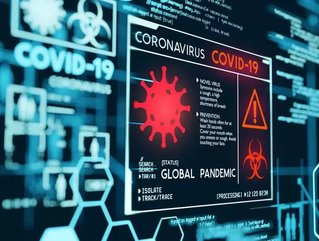 The technology aims to induce healthy habits to prevent infection...

The race to find a vaccine for COVID-19 is accelerating at an impressive pace. In April there were 115 potential vaccines in the running; as of September 3rd this number had grown to 321, of which 33 are currently in clinical trials .

For the most advanced vaccine candidates, large-scale manufacturing has been given the go ahead, so that distribution can begin as soon as approval is granted.

The vaccines work in a number of different ways, but so far the most advanced ones work by causing antibody and T cell responses that create immunity.

Meanwhile, a life science and health tech company based in San Francisco and Chennai called FriendsLearn is developing a very different type of immunisation against the virus: a digital vaccine. This approach has been named as a top breakthrough in technology by Carnegie Mellon University in Pittsburgh, US, renowned for being the birthplace of artificial intelligence.

So how does it work? The science behind the vaccine, called FYA-003, involves delivering immersive technologies via a smartphone or tablet to stimulate neurological function, encouraging behaviours that protect health at both the individual and societal level.

In practice, this means video games and animated activities that draw on the principles of neuroscience, psychology, artificial intelligence and behavioural economics to influence behaviours and induce healthy habits to prevent or minimise coronavirus, such as wearing a mask, social distancing, and washing hands frequently.

The technology uses neurocognitive training mechanisms that teach the brain to improve processing, understanding and memory, stimulating both neurological functioning and cognitive ability.

FriendsLearn previously created a digital vaccine for children via a mobile app called FOOYA!, with the aim of reducing obesity, diabetes, and other conditions caused by poor diet. The app contains a game where children have to make decisions around food choices in a very short space of time, destroying unhealthy food robots using the bad foods that are thrown at the player, and therefore saving themselves. If the children collect healthy foods, they enter a "fit-zone", where they're protected from the bad food robots.

Trials conducted in partnership with the Johns Hopkins University found that the children who played the game were more likely to make healthy food choices afterwards, in comparison to children who played a board game. The app is available to download on mobiles and PCs, as well as through selected partner schools in India.

FYA-003 is a variation of the technology and mechanisms of FOOYA! It is currently being prepared for a randomised controlled trial in partnership with Carnegie University that will assess its ability to lower the incidence and risk of COVID-19, while exploring if there's any impact on the severity of symptoms, and the transmission rate of infection.