'eHealth For Africa' To Debut In Nigeria, Fight Battle Against Malaria 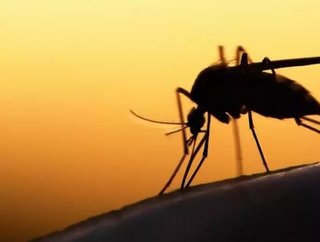 Africa will soon be experiencing an increase in electronic technology, benefitting the current health system, thanks to a newly introduced initiative...

Africa will soon be experiencing an increase in electronic technology, benefitting the current health system, thanks to a newly introduced initiative.

According to The Guardian, the pharmaceutical company Novartis has introduced “eHealth For Africa” and will be making its debut in Nigeria. An updated version of the Short Message Service (SMS) for Life system in public facilities, the program is aimed towards strengthening the healthcare system.

Approved by the Lagos State Ministry of Health, “eHealth For Africa” is a computer-based solution to support medical stock visibility and reporting, disease surveillance and health workers’ training, the site reported.

Rainer Boehm, president of Novartis, stated at a recent forum in Lagos that Africa was still disproportionately affected by infectious diseases that put a significant burden on developing economies. According to Boehm, the life expectancy is 15 years less than the global average.

“In supporting the implementation of ‘eHealth For Africa’ in Nigeria, Novartis remains committed to fighting the battle against malaria and other infectious diseases and improving the lives of patients in other countries across Africa as well,” Boehm said.

The program will provide information to the Lagos State Ministry of Health on topics such as malaria, HIV, measles, yellow fever and cholera.

Lagos Commissioner for Health, Dr Jide Idris, said using technology to track and secure the availability of vital medicines, with respect to a health system that serves a 21 million population, is an exciting development, it was reported.

“Through ‘eHealth For Africa’, we look forward to improving access to quality medicines for all patients in Lagos and by extension Nigeria; as well as helping our own healthcare teams to learn more about the management of deadly infectious diseases,” said Idris.

During the pilot phase between July 2014 and March 2015, “eHealth For Africa” will be implemented in all public primary healthcare facilities in the 20 Local Government Areas (LGAs) in Lagos State.