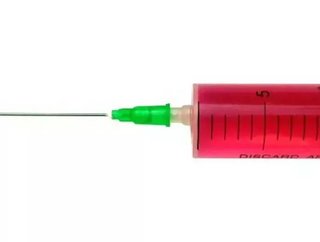 Scientists in Japan have developed a new test for depression which works by measuring the phosphoric acid concentration in the blood. It is hoped that...

Scientists in Japan have developed a new test for depression which works by measuring the phosphoric acid concentration in the blood.

It is hoped that if the new test is performed as part of a regular health check-up the new test could improve the early detection rates of depression.

A previous study by the medical research group Human Metabolome Technologies (HMT) indentified the link between depression and phosphoric acid.

HMT masterminded the test which was then developed by researchers at the Keio University in Tokyo, after the study found that people with depression tended to have lower levels of phosphoric acid in their blood.

With this new information doctors were able to correctly diagnose cases of depression in a group of 66 people with an 82 percent success rate.

HMT says the test still needs to undergo clinical trials but the group is aiming for the blood test to be available to doctors within the next two years.

Although this is not the first attempt to develop a blood test which can diagnose depression, previous efforts involve a costly and time-consuming DNA analysis of white blood cells.

HMT board director Dr Yoshiaki Ohashi said in a media interview: “The findings will make it easier for an objective, biological diagnosis of depressive patients.”

“We believe that the use of such a test will make it possible to diagnose patients efficiently at the primary care stage.”