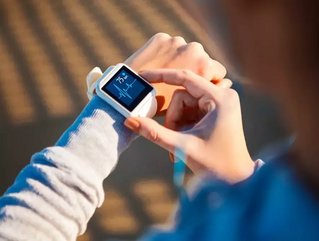 A new smartwatch can measure oxygen levels in the blood, thanks to a sensor capturing biometric rhythms through the skin.

LifeQ's new smartwatch uses reflected light from a sensor embedded in the back, capable of measuring blood oxygen levels either continuosly or through tests initiated by the wearer. Continuous measuring could be beneficial for people who require monitoring through the night, for instance people with sleep apnea who can experience sudden drops in oxygen while they sleep.

The Xiaomi Mi smartwatch uses technology produced by Chinese multinational electronics company Xiaomi. The sensor has been designed by LifeQ in partnership with Texas Instruments, and it allows the device to capture four separate optical paths through the skin. These multiple paths allow the algorithms on the device to isolate biometric signals from environmental noise, to deliver an accurate result while limiting power consumption of the sensor.

Its design uses multiple diodes, wavelengths and a chip made by Texas Instruments to deliver further improvements over the lifetime of the device.

The release of the smartwatch follows LifeQ’s Covid-19 tracking system for the workplace. The Atlanta-based startup has also released a fitbit, among other devices that can measure biometrics and other health information.

“The incorporation of our blood oxygen measurement capabilities into the Xiaomi Mi Smart Watch is the culmination of years of research working with leading device, silicon and sensor partners across the globe” Laurie Olivier, CEO of LifeQ, said.